While I’d been able to try several of the Vosges chocolate bars from shops here in DC, I’d never had access to their truffles before my trip to Chicago earlier this month. When I got into the Vosges boutique, I spotted the truffles and decided that I must have some. Given the limited size of my carry-on luggage, I settled on getting just one box of truffles, and selected the Aztec Collection because it had both vanilla and dulce de leche truffles. 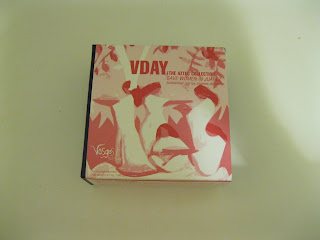 One special thing about this collection is that Vosges has joined with V-Day, a global movement to end violence against women and girls. This partnership aims to bring attention to the plight of women in Ciudad Juarez, Mexico, where over 300 women and girls have been killed or have disappeared, but perpetrators are not brought to justice. Ten percent of the sales proceeds from this collection support this effort.

Even though a 16-piece box was available for purchase, I had selected the 9-piece box to save room for other Vosges treats. Once opened, the 9-piece box still looks plenty delicious and alluring. 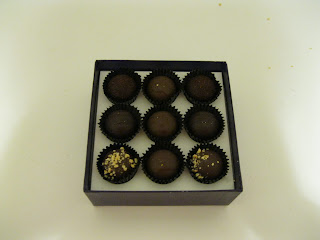 I decided to start with the Xocatyl, which is a milk chocolate truffle with Mexican vanilla beans in the ganache. 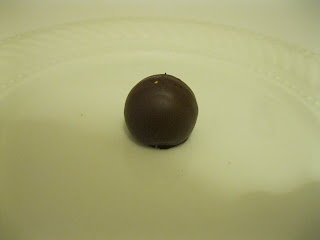 The milk chocolate shell had a good temper, and there was a noticeable vanilla aroma. 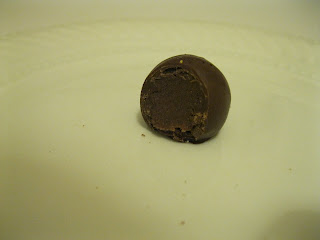 After biting in, the intense vanilla flavor becomes apparent in the creamy ganache that is just a bit heavy, but not too thick. The ganche itself is fairly sweet, but the milk chocolate shell isn’t too sweet, so there is a wonderful combination of chocolate, sugar, and vanilla that lets each facet shine without overpowering any of the others. Luckily, the 9-piece box boasts three of these wonderful truffles.

I moved right along to the other truffle with Mexican vanilla: the Tlan Nacu, which featured Venezuelan dark chocolate in place of the milk chocolate 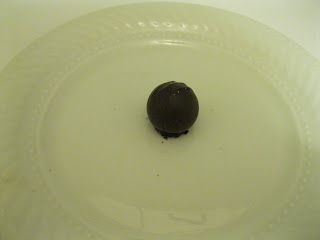 With this truffle, the vanilla aroma wasn’t as apparent as the intense dark chocolate aroma. 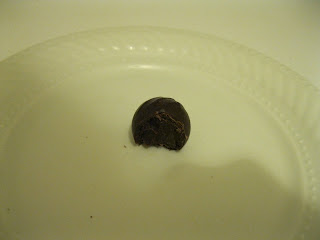 Inside, I found a ganache that was a bit heavier than that in the Xocatyl truffle, though the consistency was still good. The vanilla flavor was a little less noticeable, probably because the woody dark chocolate with coffee undertones took over. While the dark chocolate shell is delightfully smooth, I think I enjoyed the Xocatyl more overall because of the prominence of the vanilla.

Vosges Aztec Truffles: Neat concept, with some money going to a charity that I can really get behind.

Price: $27 for a box of nine. A Vosges boutique in DC would probably result in development of a costly but delicious habit.