Normally, I go with the standard buttercream recipe I grew up with, and tweak it from there if I want to do something flavored. But in reading around several recipe blogs, I found a recipe for “real” buttercream that asserted that my childhood-memory based recipe was not the best. This recipe seemed to have a bit of a meringue base, and I figured it was worth a try, with a few of my own modifications. I made a quarter batch, but if you made a full batch, here’s what you’d need.

*added on an improvisational basis

**See description on making the caramel sauce in this post.

First, start out with the water and ¾ cup of the sugar. 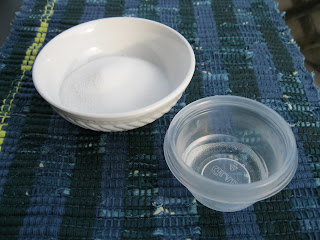 Heat until the sugar is melted. 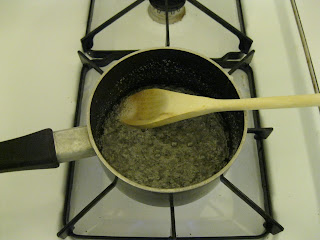 Once it’s melted, keep heating it, and pull out your egg whites and cream of tartar. 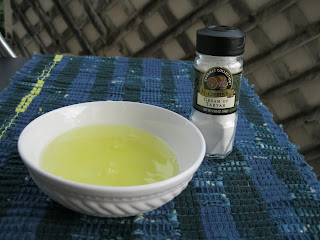 It’s time to make meringue. Whip up the egg whites until frothy, then add the cream of tartar, and gradually add the remaining ¼ cup of sugar. 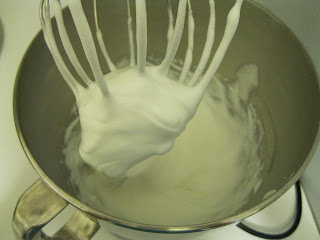 By now, your sugar should have reached firm ball stage, which is where you want it. Slowly add it to the egg mixture while running the mixer on medium. After it’s all mixed in, pull out your butter. 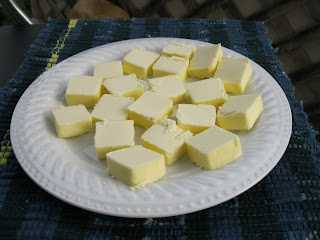 Slowly add the butter, piece by piece, with the mixer continuously running on medium. You’ll wind up with something that looks like this when you are done. 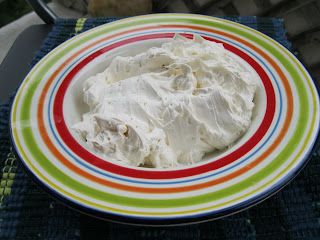 Please do not lick the screen. Wait until after we add the caramel ingredients. First, we mix in the salted butter caramel sauce. 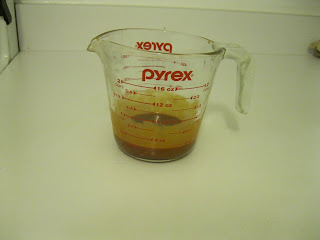 Next, take the cream and caramelized white chocolate. 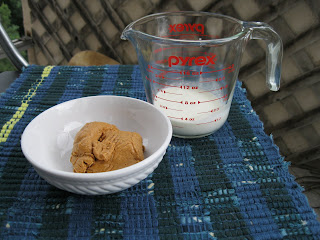 Combine the cream and caramelized white chocolate over low heat until the chocolate is melted, allow it to cool slightly, and then whisk this in. It is now time to realize that this buttercream is too runny to stand up to the heat of a DC August day, and pull out the emergency powdered sugar to remedy the situation and get something that looks like this. 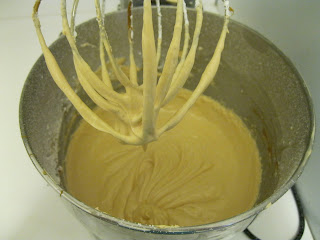 I stopped adding more powdered sugar, because it was already becoming a little sweeter than I wanted it to be. I was left with a tasty concoction that still wouldn’t be suitable for topping cupcakes in the unrelenting DC August heat, so I need to go back to the kitchen for this project. I was, however, pleased to have found a very nice recipe that would work very nicely on a cake.

In October, of course.