After experimenting with a new buttercream frosting recipe and finding that it made a delicious and fluffy frosting that would be perfect for a cake during cooler months, I went back to the familiar recipe that I’ve been making for over two decades. I learned the basics of this recipe from my mom, and it is loosely base on the Wilton buttercream frosting recipe, so it is perfect for holding shape after piping and can usually stand up to relatively extreme conditions – such as an August day in DC. I’ve made a few modifications to that base recipe, though. Namely, I swapped out the skim milk my mother used for heavy cream, and replaced the shortening with butter, because butter is just that delicious. I also added a bit of salt to contrast the sweetness.

Ingredients (for one batch)

½ cup salted butter caramel (as made for the salted caramel mini-cupcakes), heated until soft

Start out with your butter and powdered sugar. 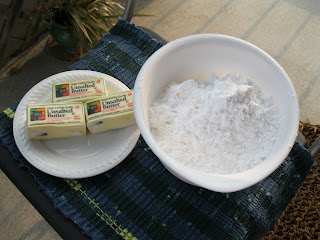 Whip the butter until fluffy, then add the powdered sugar half a cup at a time, setting aside the last two additions to give you flexibility in the final frosting texture. Then, get the cream, vanilla, and salt. 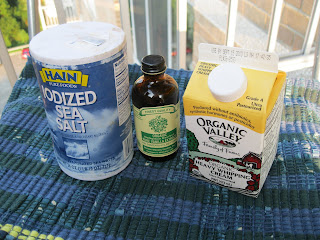 Add the salt and vanilla, and half the cream – again, to allow for texture adjustment at the end. The buttercream base is about done. 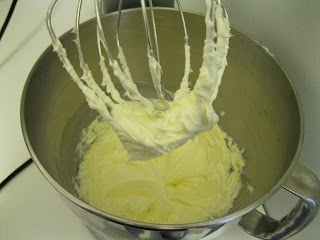 Now, on to make this a salty caramel buttercream by taking out the heated caramelized white chocolate and heated salted butter caramel. 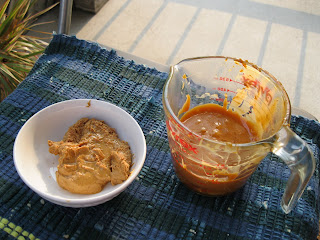 Mix this into the buttercream base, and then refrigerate it for about 30 minutes, stirring every five minutes, to let it cool off so that it could be whipped up to the proper consistency. Even though neither the white chocolate nor the caramel should be that hot, the frosting will still be well above room temperature and will need to cool before you can perfect the texture.

Once that is accomplish, add the remaining powdered sugar and cream in small increments until the perfect fluffy texture is reached. 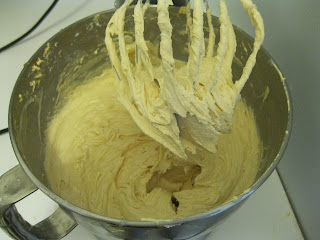 This stuff will hold up well on cupcakes, even on a standard DC August day. It also has a salty punch to go along with the sweet caramel flavor.