Adventures with Chocolate in the Kitchen: Honeycomb Salted Caramel Truffles

The truffles I sampled from Artisan Confections and Teuscher inspired me to try my own truffles this weekend. I contemplated the truffles I’d liked the best, and settled on trying to make some honeycomb salted caramel truffles.

I started out by making the honeycomb candy. Since the recipe came word-for-word from Michael Recchiuti’s Chocolate Obsession cookbook, I won’t reprint it here, but I’ll post some pictures. First, you start with your ingredients: water, sugar, corn syrup, and baking soda. 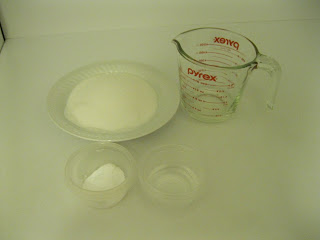 Heat the water, corn syrup, and sugar until the sugar melts. 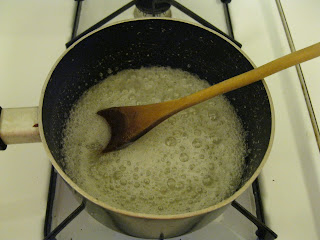 Then you add the baking soda and watch it bubble up very quickly. 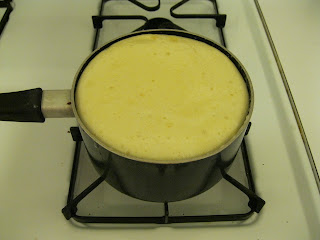 Pour it out on parchment paper before it bubbles over. 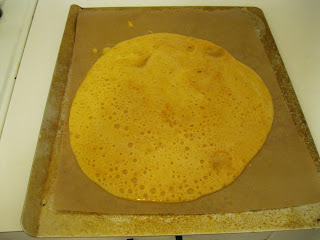 Once it cools, break it up into pieces that small enough to mix into ganache. 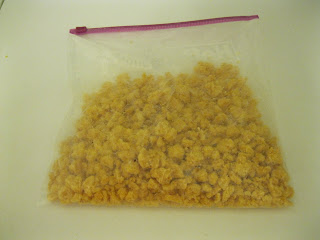 The next day, I started on the ganache experiment. Here was the recipe I used to wing it.

I’d never made homemade caramel before, but this weekend was as good a time as any. First, I started with the sugar and half a cup of cream. 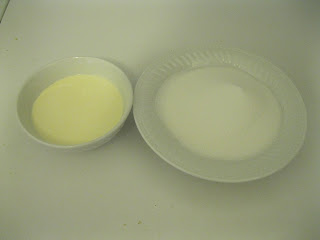 I heated the sugar over medium heat, and watched it start to caramelize. 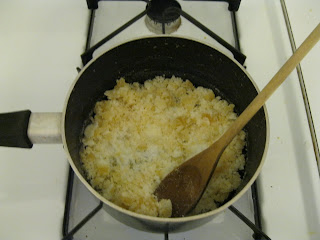 It was looking clumpy, but further heating yielded a nice, smooth caramel base. 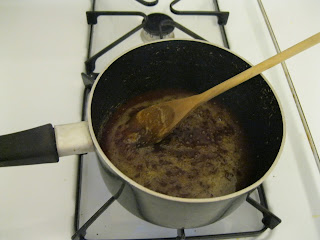 Next, I turned off the heat and (very slowly) added the cream. 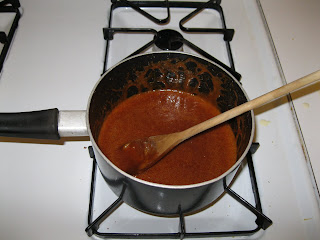 Then to add some extra flavor to the caramel, I brought out the vanilla and sea salt. 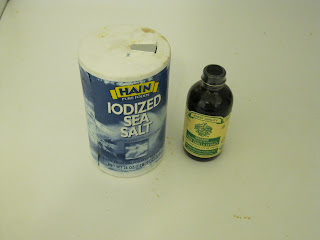 Now it was time to pull out the chopped chocolate. 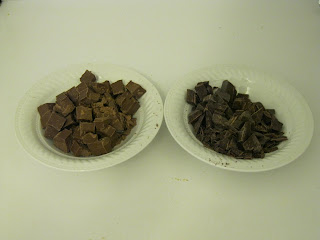 I wound up with a very nice looking ganache. 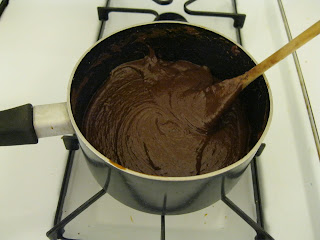 In the meantime, I had whipped up the extra half cup of cream in hopes of making a fluffy creation by folding it in with the cooled ganache. I moved on to try to whip the cooled ganache, with “try” being the operative word. The ganache was too sticky from the caramel and didn’t lighten up at all. I added in the whipped cream and beat it all together, rather than folding as I’d originally intended. 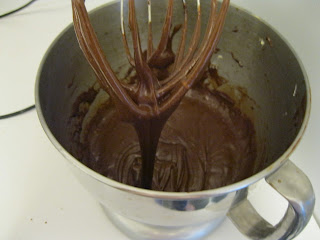 Although the ganache was still denser than I wanted it, the results were appreciably better. I mixed in the honeycomb candy before letting the mixture refrigerate for about six hours. 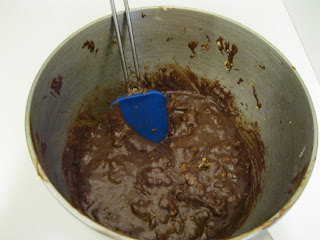 After the ganache chilled during most of the day, it was time to shape it for dipping. 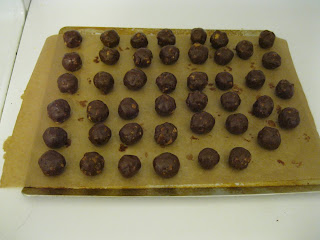 I let the rolled ganache chill for a couple of hours, and then prepared the dipping chocolate, which was Scharffen Berger 70% Cacao Bittersweet Dark Chocolate. 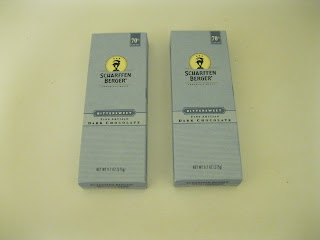 I tempered a little over a pound of chocolate, but only used about two thirds of it to cover the truffles. 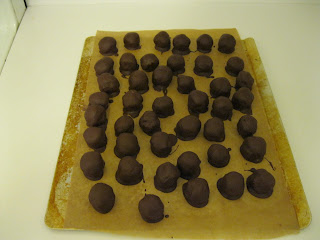 I doubt I will have difficulty dispositioning the leftover dipping chocolate, and the finished truffles looked pretty good. The inside reveals the sweet and salty ganache, which combines well with the wonderful bittersweet Scharffen Berger. 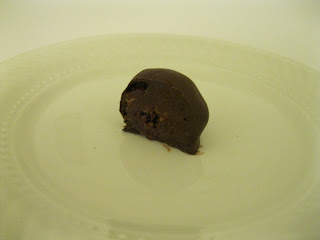 The final creation was extremely tasty, though it wasn’t exactly what I was going for. My hope was to create something lighter and more mousse-like with the ganache, but I think I had too much caramel and not enough cream to get that effect. I’ll try again in a few weeks, but in the meantime, this recipe is worth trying if you want a truffle with a fairly dense ganache that has a tiny hint of chew and a whole lot of salted caramel flavor.