Remember the attempts I made at a meringue based buttercream? Remember how they were entirely unsuitable for use on my mini cupcakes? Did you wonder what I did with it? I, of course, did what any reasonable person would do.

Throw it out? Nope.

Cover it in chocolate? Of course. 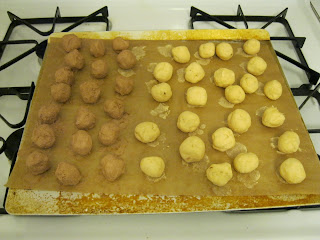 I stuck them in the refrigerator that that they could stand up to the heat of melted chocolate, and melted about 24 ounces of El Rey 41% Cocoa Caoba in the meantime. 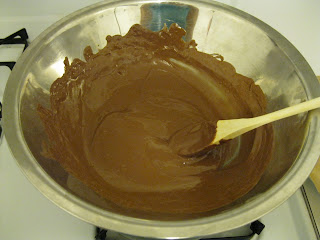 To make the dipping easier, I stuck toothpicks in each of the buttercream balls. 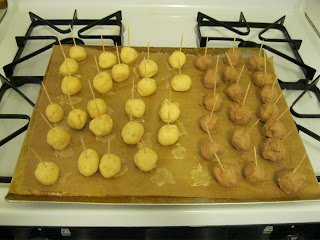 I dipped each ball in the chocolate individually, and then removed the toothpicks. 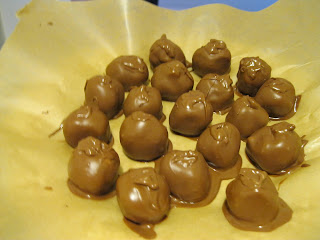 Looks yummy, doesn’t it? Believe me, they taste(d) even better.
Posted by Victoria at 6:15 PM