There are some flavor combinations that, while not immediately appealing to most, blend together quite nicely if well-balanced. One such combination that I thoroughly enjoy using in my baking is the pairing of chocolate and cinnamon. If used in concert with the chocolate, rather than overwhelming it, the cinnamon can draw out some sweetness from the chocolate and add a bit of complexity without completely flattening the subtle chocolate flavors.

It’s therefore difficult for me to pass by any cinnamon-enhanced chocolate treats, and the Taza Cinnamon Mexicano Disc was no exception. 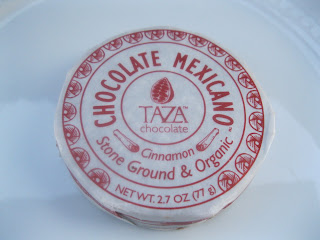 The cinnamon is immediately apparent upon unwrapping from the aroma, and is reminiscent of mulling spices or cider that you commonly smell around Christmas. 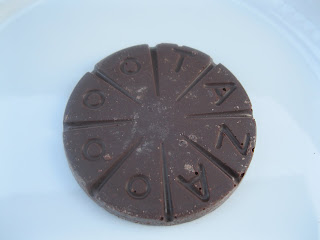 The first taste apparent is a bit of vanilla, and then some strong, sweet – but not spicy – cinnamon slightly dominates the taste over that of the chocolate. It tastes as if there are little bits of cinnamon sugar scattered throughout the chocolate, and the flavor is relatively uniform throughout the melt. Though I enjoyed the cinnamon, I’d prefer a slightly stronger chocolate flavor against it. It’s certainly worth trying again.