March Biagio Sample Day: You Should Have Gone

Even though everybody at the organization I work for has been working nearly nonstop since the earthquake in Japan earlier this month, our CEO has been adamant that we all take a few breaks to ensure that we don’t overwork ourselves. I took one such break from drawing up a presentation on seismic probabilistic risk assessments to go to one of my favorite monthly Washington events: the Biagio Sample Day, which I attended with my friend Steven and his son, who is learning to appreciate fine chocolate at a young age. 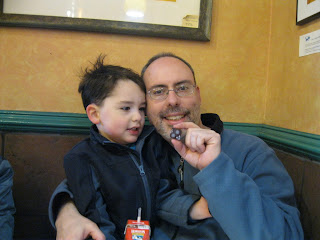 We were also joined by my friend Juliette and one of Steven’s friends, but some folks aren’t always available for photos. Chocolate, on the other hand, is the ideal model, always willing to pose. 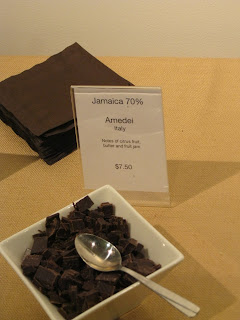 Several other bars were available for sampling, and I made sure I enjoyed all of them. A few that were especially interesting: 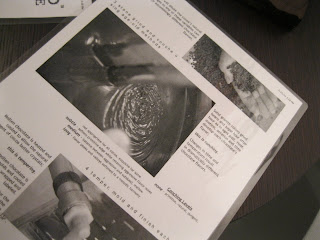 Other non-bar creations were available for sample as well, including some Zoe’s peppermint bark from Waynesboro, PA, which included bits of peppermint that were slightly larger than I prefer, but which didn’t overwhelm the taste of the white chocolate. 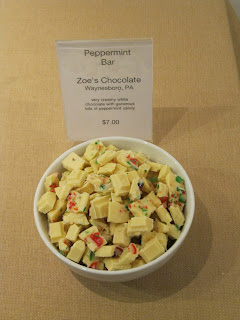 There was also a divine treat from Chicago-based Terry’s Toffee waiting at the end of the chocolate-tasting display. 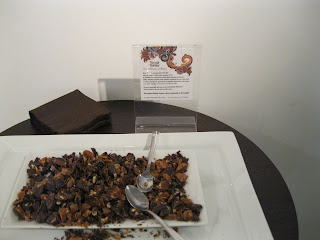 The toffee was a perfect texture, neither too soft nor too hard, and was just a tad salty and in no way too sweet. It was also addictive, hence my decision to not purchase any. I instead replenished my supply of some standby favorites from Potomac Chocolate and Claudio Corallo, and selected a few new chocolates to enjoy, including the Madecasse seat salt nib bar and the Fresco 214 bar that were featured at sample day. 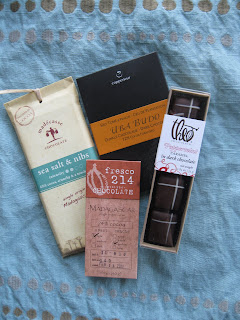 A wonderful experience, as always. If you live in DC and haven’t gotten to a sample day at Biagio, you simply must sign up for their mailing list so that you don’t miss out again.

Are you interested in the roasting and conching process for chocolate that you eat?