Fran’s Chocolates are quite famous in Seattle. Famous enough that they even have their own storefronts in the city. When I stopped by to scope out their store during my trip last month, I was promptly offered a sample of one of their salted caramels.

And I then promptly picked up a box to purchase. 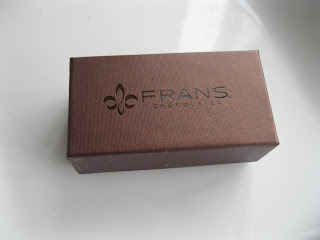 The box included both milk and dark chocolate versions. First up: the milk chocolate. 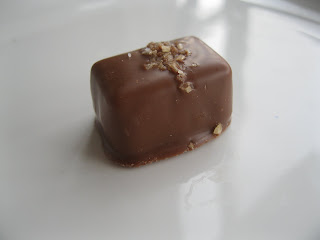 There’s minimal aroma to this treat, and there was salt clumped on top. This lead me to believe that the salty taste wouldn’t be very uniform, and I was skeptical. 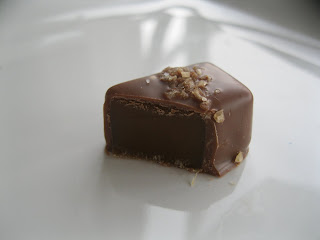 The chocolate is quite creamy and melts well, but does not feature a very complex flavor. It does melt quite well, and is perfectly matched to the texture of the internal caramel. The caramel itself is very sweet, and features only cream and butter flavors with just a hint of salt. As I’d suspected, there were a few bites overloaded with salt, and a few lacking. I’d have preferred better-distributed salt, as it was the only thing that prevented this from being, far, far too sweet. Instead, it was just a bit too sweet.

Having consumed that sugary creation, I moved on to the dark chocolate version. 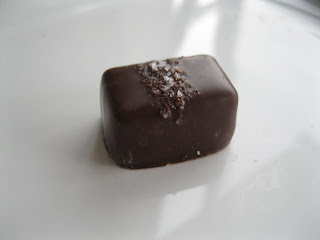 This time, there were aromas of cream, caramel, and coffee. 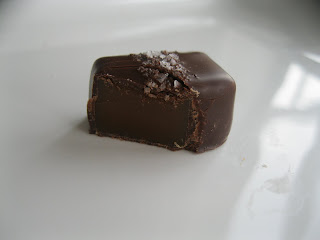 The chocolate has a good melt and is just a bit bitter, which nicely offsets the sugary caramel inside, but is not overly complex of long-lasting. The chocolate crumbles a bit against the chewy caramel, but this flaw is minor. While the salt nicely compliments the chocolate and caramel, it’s not well-distributed enough to make this notable.

What flavors do you like to taste in caramels?