In addition to the baked goods from Julie that our synchronized swimming team was blessed with on our trip to a meet in Sarasota last weekend, there were mini cupcakes for all to share. But why?

Because our incredible assistant coach Marsea was spending her birthday with us! The kids were so impressed by this that they even arranged said mini cupcakes into an “M” for the ceremonial singing of “Happy Birthday.” 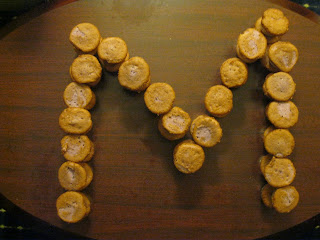 I tried to make these purple, since that’s Marsea’s favorite color, but given my other adventures with food coloring, it’s unsurprising that they don’t look all that purple in the picture. But they sure were tasty, since inside each cupcake was a little ball of ganache. Read on to learn more and see them up close

Heat the cream to a simmer over low heat, remove from heat and add chocolate. Allow chocolate to sit in cream for 1-2 minutes, then stir until smooth. 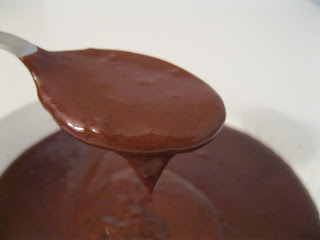 Refrigerate ganache until stiff, stirring frequently. Once nearly solid, roll into ½ inch diameter balls and freeze until needed for cupcakes. 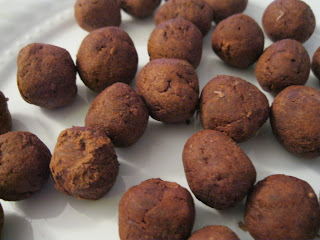 To make the batter, mix the flour, baking powder, baking soda, and salt in a bowl, set aside. Cream the butter on medium-high speed until fluffy, then slowly add the sugar and cream together at medium-high speed for about five minutes. Add eggs, one at a time, then add the vanilla. 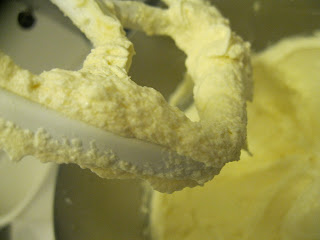 To avoid gluten overdevelopment, dye the creamed mixture at this point to negate the need to mix the batter more at the end. 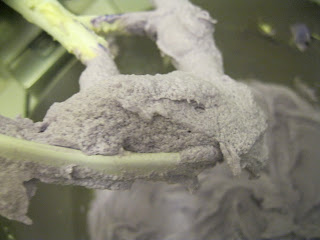 Alternately add the flour mixture in three additions and the milk in two additions, starting and ending with the flour mixture. Pipe the batter into mini cupcake pans prepared with liners, adding enough batter to fill each liner about 1/3 of the way to the top. 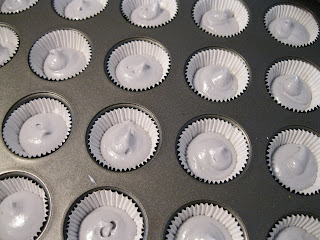 Place one ganache ball in the center of each cupcake liner. 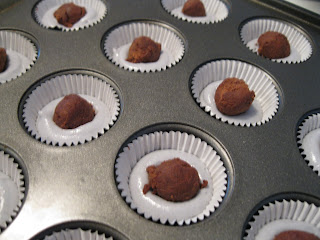 Pipe enough batter on top of each ganache ball to completely cover the ball. 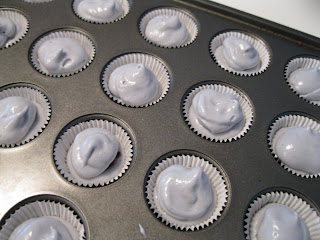 Bake at 350° F for 16 minutes. Allow to cool before cutting open to see how the ganache baked in. 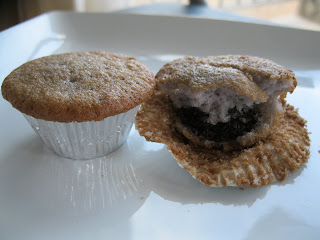 I can’t say that they are that purple, but they are quite tasty. A win all around.

Speaking of winning, our team finished ninth in the club high point rankings at the meet. Which makes us the ninth-best team in the ENTIRE southeastern U.S.

And more winning? Marsea was named the 2011 South Zone Coach of the Year. This post is all about winning.

If you competed in sports when you were younger, were baked goods an important part of competition trips?