Well now. It’s four days until Father’s Day. You probably still have time to order the Zoe’s Chocolate Company Chocolate Six Pack for your dad. But, let’s just say you’re putting everything off until this weekend. Could you still treat Dad to some fine chocolates from Zoe’s?

If you live in the DC area, you most likely can. Don’t want to drive up to Frederick? Listen, I know what I-270 is like. I understand. Skip the trip if you must, and instead drop by Biagio Chocolate or your local Whole Foods, where you can likely pick up some of Zoe’s specialty bars, such as the Pretzel Bar. 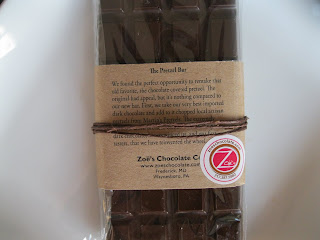 The pretzels in this bar are artisan creations from nearby Martin’s Pretzels, and seem to be very coarsely chopped. I noted a few areas of the bar where the pretzels seemed a bit sparse; perhaps more finely chopped pretzels dispersed a bit more uniformly could create a more consistent chocolate-and-pretzel consumption experience. 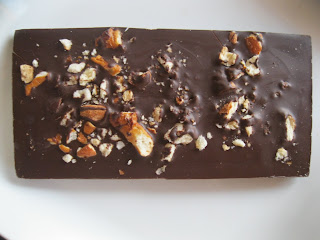 The chocolate that carries these pretzels has a buttery melt, with strong vanilla and caramel notes. The pretzels add a nice texture contrast and remain crispy despite being surrounded by rich dark chocolate. One major drawback, from my perspective, is the sparseness of the salt. That said, I’m a salt fiend, and perhaps your father has high blood pressure and ought to cut back on salt. The bar is based on high quality chocolate, but doesn’t resemble classic chocolate-covered pretzels as much as it could.

On to another bar: The Sports Bar, which includes caramelized popcorn-like rice crisps and honey roasted peanuts. 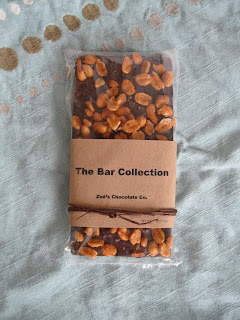 I suppose it’s called The Sports Bar because it includes add-ins that resemble, say, ballpark treats. But I think it’s because the components – peanuts, salt, chocolate, rice crisps – create an ideal formula for recovery from athletic activities. 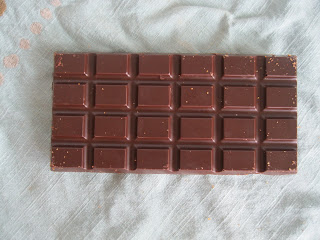 This is why I dove into this beautiful-looking bar after an intense swim practice. Now, normally, I don’t like bars with large chunks of nuts, such as the peanuts featured on the back of this bar, but in this case, they are well-integrated into the chocolate and crunch nicely. 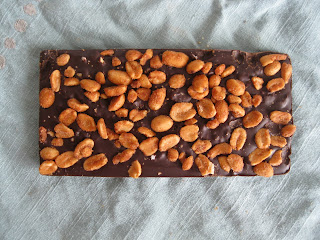 The peanuts themselves are a bit salty and a bit sweet, and give way to a smooth-melting chocolate with a balanced coffee and vanilla flavor. The chocolate holds the nicely crisped rice, which is not at all soggy despite being surrounded by the buttery chocolate. The combination of flavors is spot on, and I dare you to not gobble this up after scrounging for a bar at the Tenleytown Whole Foods after a tough swim workout at the pool next door.

Zoe and her family would know – she personally swam freestyle races in high school, and her brother swam butterfly with the Greek National Team. They obviously know how to hit a swimmer’s taste buds just right post-workout.

And even if your dad doesn’t swim, he’ll devour it just like I did. Perhaps faster.

How fast can you eat chocolate after a hard workout?