Since the milk chocolate truffle I ate from the box of Rocky Mountain Chocolate Factory chocolates that I was gifted was plain but non-offensive, I elected to move along to the caramels, as I generally enjoy these. The milk chocolate version was up first. 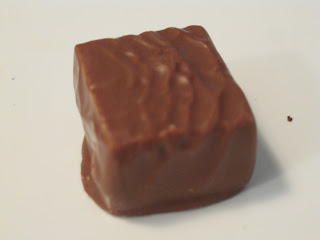 The couverture is sweet and lacks complexity; it also flakes away from the caramel because of a fatal texture mismatch, with the chocolate being soft and the caramel being hard. 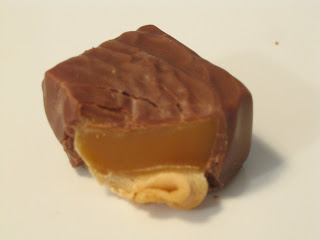 And when I say “hard,” I mean “impossible to eat.” In the small bit that I was able to break off, I tasted a bit of vanilla and butter, but it was little more than a leathery sugar lump. It was so bad that I actually couldn’t finish it. It was disposed of, chocolate and all.

Perhaps the dark chocolate caramel would be better? 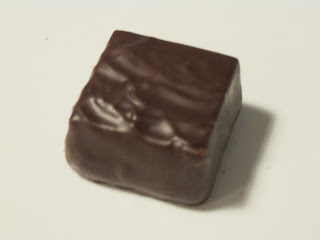 In this case, at least the chocolate was better. It has an earthy flavor with a weak coffee undertone, and features a nice, smooth melt. We’re doing better already.

And then we get to the caramel. 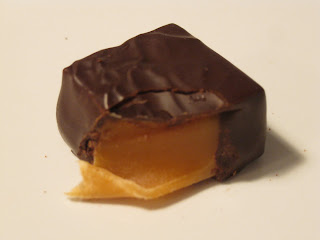 It’s just as bad as the milk chocolate version. Some vanilla and butter to go with the sugary leather. The couverture, of course, broke away. But that was good news, because I was able to salvage and enjoy the chocolate before tossing the caramel.

Have you ever had a chocolate so bad that you had to throw it away?