Now milk chocolate with cornflakes? Say what? Let me take a look at that. 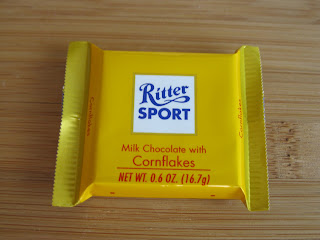 The bar has a nutty and creamy aroma, and the sweet chocolate features cream and powdered sugar flavors. The cornflakes, which were visible on the backside of the bar, were kind of different. 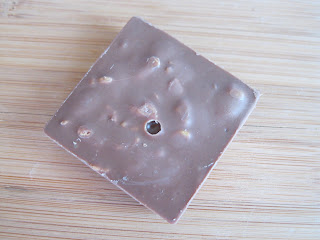 The flakes were quite crisp and offered a satisfying crunch, the chocolate was soft but just a bit dry; nonetheless, the texture contrast was pleasing. The overall effect is much like that of a dressed-up, high quality Kit-Kat bar, and I was generally impressed and enjoyed the bar.

Was I sad to see that crunchy little bar go? A little. But the milk chocolate with butter biscuit was there to console me. 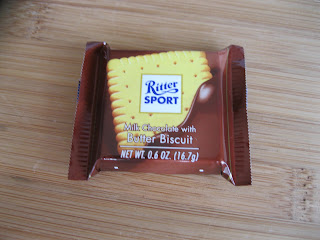 The bar had a creamy aroma, but the chocolate was just a bit grainy despite the clear addition of cream to the mix. It was certainly a step above Hershey’s and the like, but not as outstanding as other Ritter Sport chocolates. 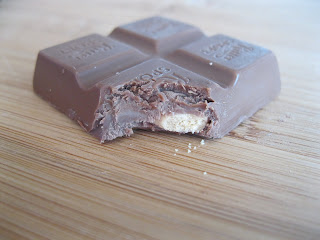 The biscuit, as you can see, was a bit sparse, but was crisp. It added very little flavor, but did offer some texture contrast. Overall, the effect is similar to that of a chocolate covered graham cracker.

And who can’t get behind that?

Have you had chocolate covered cereal before? What kind?