Taking Cancer Down: Bake Sale Style (You Can Help)

It may not be surprising that, given that I just finished swimming 110,200 meters in one month, I have a lot of athletic friends. One such friend is Jaryn, an avid rower and diver, who has been in my life a long time. We've been through a lot together, including her loss of her father to cancer last summer. 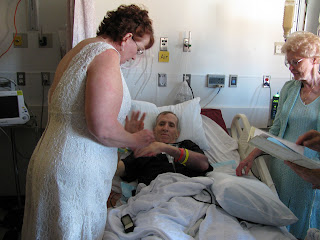 In honor of her father, Jaryn is taking part in a boxing event for charity this month. Badass, isn't it? 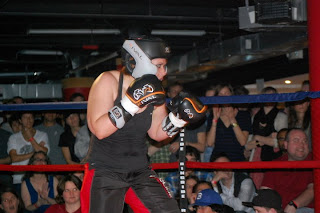 It's quite meaningful to her. In her own words: On the second anniversary of my father's death, June 23rd 2011, I have the unique opportunity to take a punch at the disease that brutally took my father down: cancer. I've never been one to ask for contributions for runs, walks or bikes - why would I ask someone to contribute towards something that amounts of training for me? When the opportunity presented itself to learn a whole new skill in the pursuit of raising money and awareness for the Jimmy Fund and Dana Farber I couldn't be more excited. What an amazing way to honor my father and do something great in his name and memory. My father was a wrestler in high school and college, boxing is something I could definitely see him getting behind (thought I sincerely hope my nose never experiences the level of remodeling his had!) I've spent the last 11 weeks training and learning hard (taking a lot of punches!) and the next 23 days will be even harder. I've never been good at asking for money, but this is an amazing cause. All funds go directly to the Jimmy Fund and support cancer research and care at Dana-Farber Cancer Institute. We can all work to take a one-two punch to cancer!

So how can you help? By donating your favorite baked good to an online bake sale auction in support of Jaryn's fundraising efforts! We'll be collecting bids next week, but first, we need the lowdown on what you can provide. If you want to help out, send a quick note to haymakers4hopebakesale@gmail.com by Monday, June 6 with the following information:
-The item you would like to donate
-Suggested starting bid (at least $15)
-Where you would be able to ship the goodies

Auction goes live next week. I anticipate...deliciousness. For starters, I'm putting some brunsli up for auction. 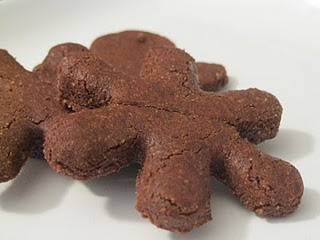 Inspirational. Just like Jaryn's efforts to honor her father. Join us, won't you?
Posted by Victoria at 6:57 AM