Can you believe that I STILL have more Goumas chocolates to write about? Incredible, really. Today, we’re talking about coconut. Like this dark chocolate coconut haystack. 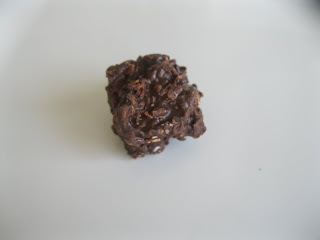 This piece has a clear coconut aroma complimented by some nuttiness. 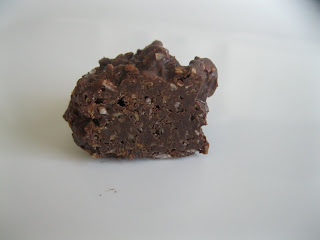 The coconut is crunchy, well-toasted, and flavorful; it is surrounded by soft dark chocolate with a hint of both caramel and vanilla flavor. The chocolate is actually just a tad too soft and melts a bit quickly for the very crisp coconut, but the flavors are complimentary. A win on the flavor, a draw on the texture. 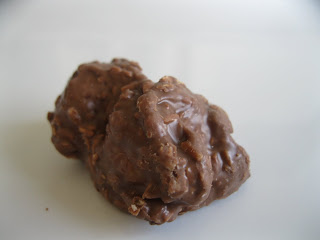 The piece has a caramel aroma, and the coconut aroma isn’t as notable. The chocolate itself also has a caramel flavor, and is creamy with a smooth, quick melt. 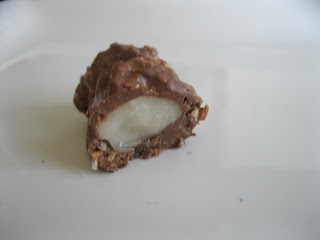 The coconut is again well-toasted, but is a tad chewy once the chocolate melts away. The macadamia nuts are crunchy and salty, which adds a nice flavor and texture contrast, but they are left in the haystack whole, making it impossible to enjoy all the components together. Folks, chop your nuts and distribute them well. I feel like this should be the 11th commandment or something. Because then, yes then, this would have been a delicious piece.

The last coconut piece in the box was a dark-chocolate macadamia coconut haystack. 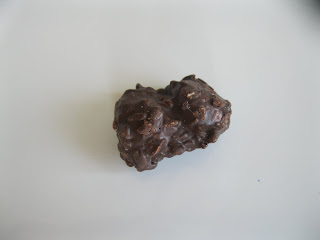 There was again a definite coconut aroma, and again, the macadamia nuts are left whole (grumble). 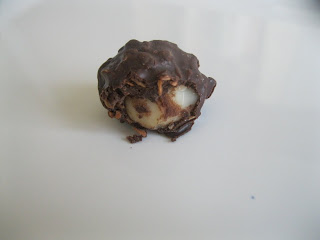 Coconut in chocolate: how toasted should it be?