Since my main issue with the pieces I tried from the Rocky Mountain Chocolate Factory has been lack of flavor complexity and excessive sweetness, I suppose I need to talk about two more dark chocolate pieces before drawing a final verdict on the quality of their creations. The dark raspberry truffle in particular sounded intriguing. 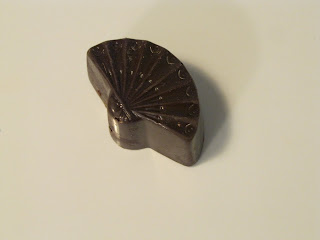 The dark chocolate coating was earthy with a coffee undertone, and very smooth. It was quite thick, which cut back on the space available for the raspberry filling. 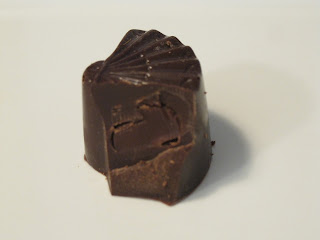 The filling flavor was dominated by raspberry, and there was barely any chocolate flavor noticeable. That said, it was more tart than sweet, and the flavor balanced nicely with the chocolate flavor in the couverture. The piece is nice, but needs to be heavier on the ganache. 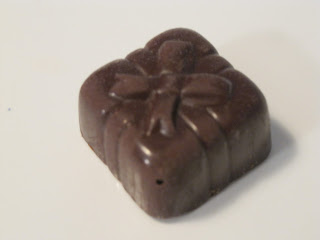 The coating had a good melt alongside a bitter flavor with strong earthy notes. 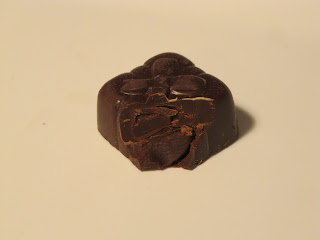 The ganache is buttery in texture, and somewhat sweet, which balances nicely with the bitter couverture. Again, the ganache is sparse and the shell is too thick, but each component is satisfactory.

It might be one of the best pieces from the box.

If you go to Rocky Mountain Chocolate Factory – which you very well might, given their proliferation throughout airports in the U.S. – stick to the dark pieces. They aren’t spectacular, but they are far better than the milk chocolate based pieces.

Have you ever seen a Rocky Mountain Chocolate Factory store at an airport?