Unsurprisingly, I spend a lot of time thinking about chocolate. And things I can make with chocolate. It seems that baking begets more baking ideas. Example: making the banana swirl brownies made me wonder what would happen if I incorporated walnuts. 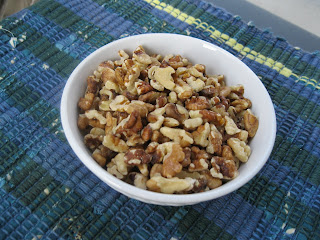 Alright then. Back to the kitchen. Starting with an oven pre-heated to 325° F, a 9”x13” pan lined with parchment paper and buttered, and half a batch each of supernatural brownie batter and banana cupcake batter, I worked on getting the walnuts involved. The easiest way seemed to be to take the same approach I took with the first set of banana swirl brownies, stopping sprinkle six ounces of chopped walnuts on the first layer of banana cupcake batter. 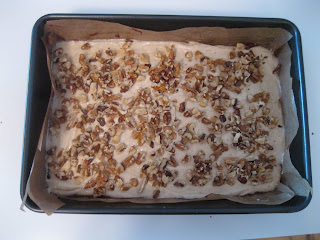 After toping that with another layer of brownie batter and one more of banana cupcake batter, I swirled away. 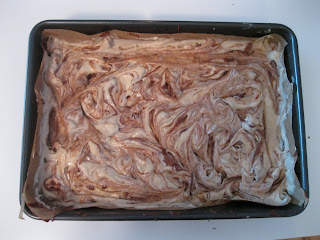 After the pan sat in the oven for 50 minutes, the nutty-banana brownies were ready. 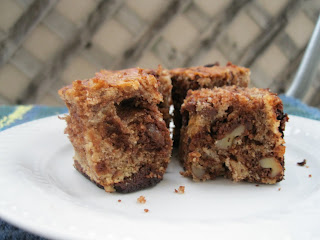 Just as with the first take on banana swirl, they were a little cakey and a little heavy on the banana. To be honest, I’m not sure these are better with walnuts; I think the plain ones are nice and soft and the nuts distract from the continuity.