Earlier this week, Jenna Huntsberger over at Modern Domestic posted a tweet about favorite brownie recipes. Mine, of course, is based on one from Nick Malgieri, the king of all things baked. While I used his Supernatural Brownie recipe for the base, I re-worked it to include three, yes three, kinds of chocolate. Despite the abundance of chocolate on the ingredients list, and despite it being my favorite brownie recipe, Jenna’s tweet reminded me that I had yet to post this recipe. These things are so delicious that I barely need a nudge to make them, and this reminder was enough of a nudge to pull out this brown-sugar brownie recipe.

Pre-heat the oven to 350° F and line an 11”x7” pan with parchment paper and liberally apply butter to parchment paper. Then get out the bittersweet chocolate and butter. 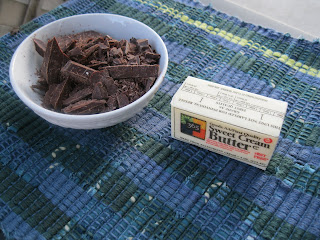 Melt them together over low heat, and then cool while you start working with the eggs, sugars, vanilla, and salt. 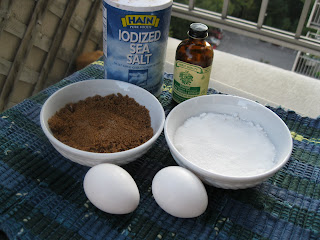 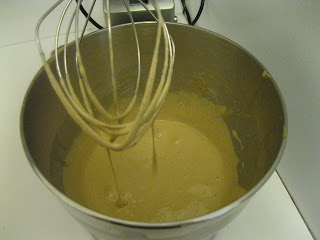 By now, the chocolate mixture should be cool enough to whisk in. So go ahead and do it. 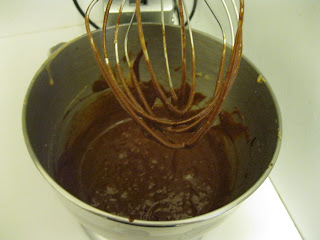 As delicious as this batter looks, we need some flour, no? 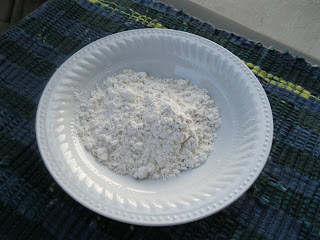 Carefully fold it in, stopping just before it is all incorporated. 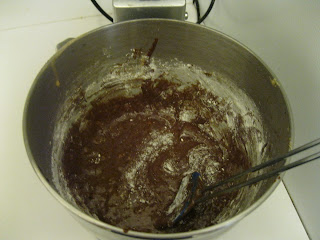 Why stop? Because you don’t want to overstir, and you still have to mix in your white and milk chocolate chunks. 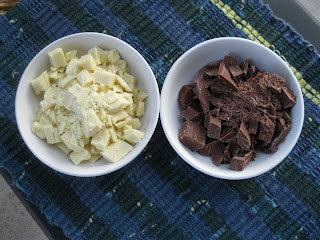 Once you stir those in, the flour should be just incorporated, and it’s time to pour the batter in the prepared pan. 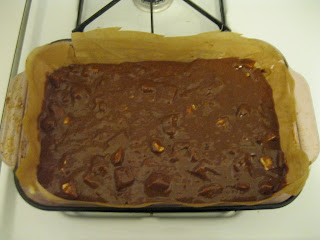 You may be wondering if the butter parchment paper is necessary. It is. Just believe me. And once you accept that, you can put this in the oven for 35-40 minutes. Once you do that, you’ll have a big plate of these fudgy triple-chocolate brownies. 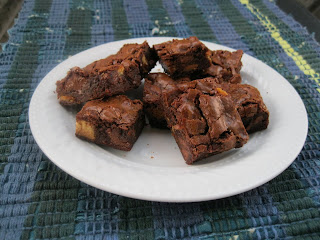 Don’t they look delicious? Make them for yourself – they aren’t that hard – and you’ll probably have a new favorite brownie recipe.