Have you read enough about banana swirl brownies yet? I sure hope not. I had way too much fun with this concept, and may have gone a little overboard when I pulled out the chunks of El Rey Caoba 41% cocoa milk chocolate. 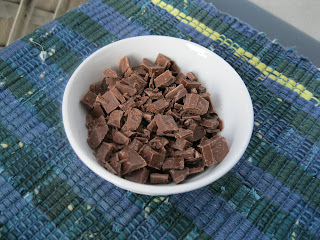 I considered trying a repeat of the banana swirl brownies with just chocolate chunks, but as I was assembling them using the same approach as before, I got to the second layer of banana cupcake batter and wondered what these would be like with chocolate chunks AND chopped walnuts. 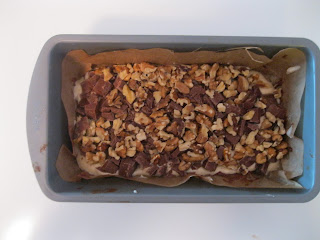 Yes. I did it. If you want to do it yourself, you’ll want a half batch of supernatural brownie batter, a half batch of banana cupcake batter, six ounces of walnuts, and 10 ounces of coarsely chopped milk chocolate chunks. After you follow the previously-described assembly method, put the 9”x13” pan, which you have dutifully lined with parchment paper and buttered before assembling the brownies, into the oven at 325° F for 45-50 minutes. 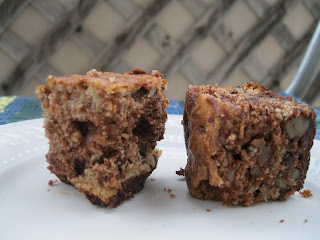 After tasting these, I decided that the right approach is chocolate chunks only. The extra chocolate is needed. You know it is. I know it is. Let’s agree on that and make more tasty brownies later.