Woops, We Competed in a Triathlon and Tequila Lime Brownies

Shortly before this weekend's two mile open water swim race, I got a message from Beth that was a little scary.
Change of plans for Sunday. Bring your bike. I'll email you tomorrow.
The email? It had a link for an entry form for the Pequannock Triathlon. Which would be in SIX DAYS.
Me: Uh, Beth? Never done a triathlon before.
Beth: Whatever. You have a bike.
Since we had a whole 20 hours between the races, we took some time to bake these tequila lime brownies. 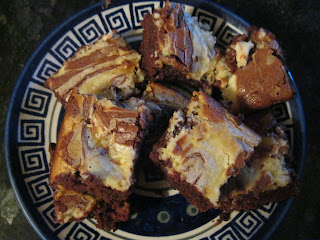 For the brownie layer

For the tequila-lime cream cheese layer

Prepare the tequila-lime layer by beating cream cheese, sugar, and egg until smooth. Add the lime zest, lime juice, vanilla, and tequila and mix until uniform. Set aside. 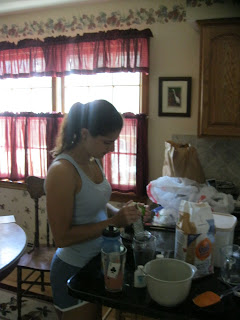 Beth, tequila-baking expert extraordinaire and winner of the Women's 25-29 age group at our triathlon, took charge for that part. I dealt with the chocolate part. Here goes: 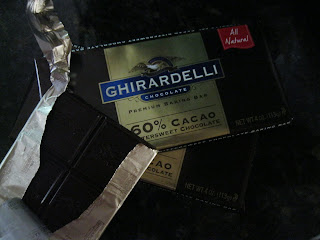 Melt the butter and chocolate together over low heat until just melted, set aside and allow to cool. Beat four eggs until fluffy, then add sugar and brown sugar, beat until fluffy again. Add salt, vanilla, lime juice and chocolate-butter mixture, blend until uniform. Fold in flour, then pour batter into a buttered 9”x13” pan. Spread tequila lime mixture on top, cut through the batter with a knife to swirl. Allow to cool before cutting. Or let everybody in the house do this to the pan. 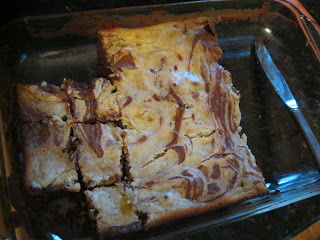 Hope that there are at least a few left for a picture. 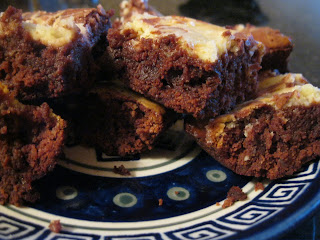 Have you done a triathlon before? Did you have more than six days of notice?