As I’ve mentioned on several occasions, I travel fairly extensively for work. Why do you care? Because it means that I often find neat little chocolate shops in cities throughout the country, can sample new chocolates, and then let you know which ones are worth the effort and money.

Last week was yet another travel week, and I spent it in Seattle. Though I spent most of my waking hours in a meeting room engaging in fascinating discussions on the future of standards for probabilistic risk assessments at nuclear power plants, I did get a few moments after hours to scope out some local shops that had been recommended by Eagranie, who lives in nearby Vancouver. First on the agenda was Chocolate Box. 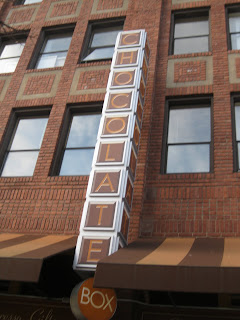 This shop offers a wide variety of chocolates from around the U.S. and the world, but focuses on local chocolate makers, such as Fran’s Chocolates. 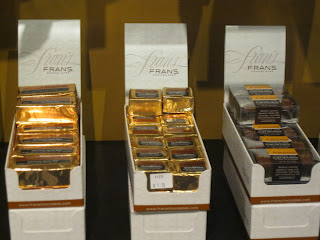 They offered the opportunity to hand-select truffles from a variety of chocolatiers in the area, which was a nice feature. 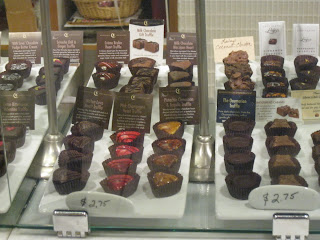 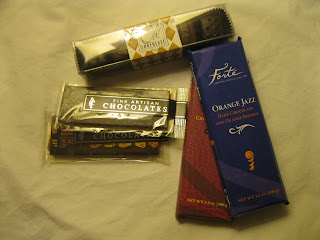 Why not any Fran’s given its fame? Why, because there was a standalone Fran’s store just blocks away. 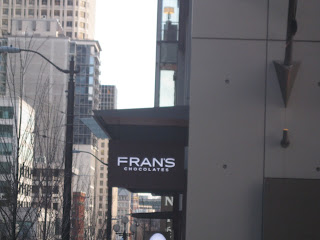 The minute I walked in, they offered me a delightful chocolate-covered sea salt caramel to sample. Now this is my kind of store. As if the endless displays of caramels and truffles wouldn’t have won me over anyway. 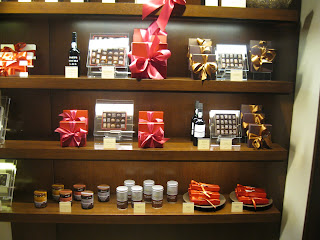 Having been impressed with the sample caramel, I picked up a box of mixed caramels, as well as almond and macadamia caramel-based treats and a small box of grey salt chocolate thins. 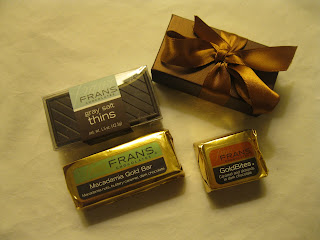 As exciting as caramels and truffles can be, plain chocolate bars can do a better job of showcasing the chocolate itself, and who better to accomplish such a task than a bean-to-bar chocolate maker such as Claudio Corallo. 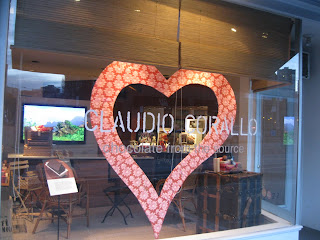 Unfortunately, the first time I went to their shop, I found this note. 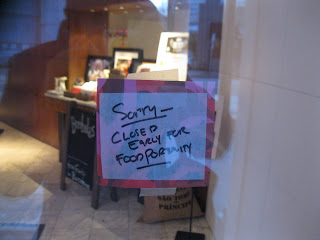 Que? Denying me chocolate? Not cool. But I had a chance to stop by the next night, and found this impressive tasting setup inside. 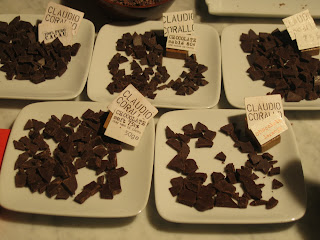 They offered several intriguing chocolates, including a very peppery dark chocolate bar and cocoa-covered pink peppercorns. Unusual offerings aside, I liked their plain 75% cocoa dark chocolate the best, and picked up a box of napolitains of that variety. 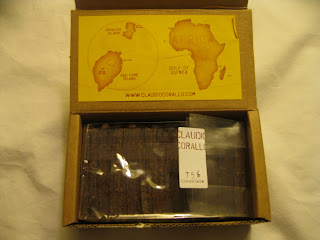 I’m sure I missed some wonderful shops – namely, I had no chance to take a Theo factory tour. But there’s only so much time during business trips, and I think I came back to DC with a nice variety of treats and bars to review.

Out of all the chocolate I brought back, what do you want to see reviewed first?