I’ve recently been writing quite a bit about chocolates that could possibly impress somebody on Valentine’s Day. And now, the day is here.

If you haven’t gotten or baked something with chocolate yet, it’s too late for you. You’re stuck with something from the drug store. So consider that series over. It’s time to move on.

As I’ve noted before, I travel quite a bit for work. Often to big cities, like Seattle and Chicago, which offer a wide selection of high-end chocolate shops.

I also go to places like Oak Ridge, TN, and did so last week. Not exactly known for gourmet food in general. Especially not chocolate. Even nearby Knoxville, where I stayed, only had a handful of chocolate shops, but I was determined to check out at least one, and found myself at Bradley’s Chocolate and Gifts. 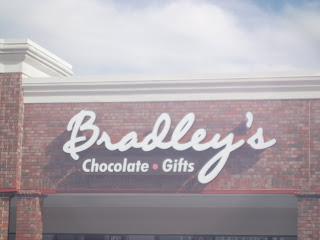 Honestly, it was one of the only independent chocolate shops around. And I wasn’t really too impressed with the surroundings, which were typical for a suburban strip mall. 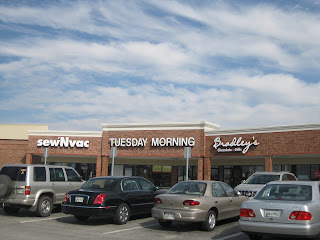 Welcome to West Knoxville. Enjoy your stay. Except not.

I really tried to reserve judgment until I walked inside. I was a bit disappointed even then, as the shop seemed to emphasize “gifts” over “chocolate.” I felt a tad mislead, though many of the gifts were appealing, and included cookbooks like Joanne Chang’s Flour and I Love Macarons. Given the limited space in my carry-on, I declined to pick up either, but was a bit encouraged to see that the owners were at least up-to-date on their baking books.

I also saw that the owners were not bashful about their religion. 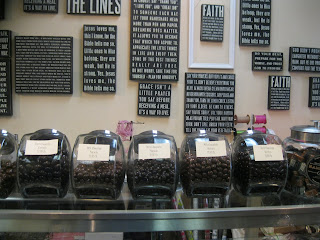 Yowzers. OK then. I’m happy that you embrace your faith, but I’m not sure how that would go over at shops in other parts of the country. That being said, their shop, their décor choice.

The chocolate offerings were generally restricted to “chocolate covered stuff,” where the “stuff” ranged from Oreos to pretzels. I wasn’t terribly impressed or interested in that sort of thing, so I picked up a box of assorted chocolates to try out. 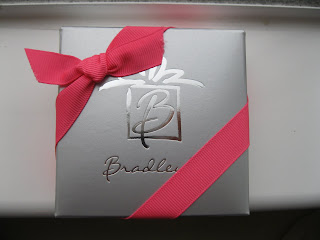 The nine-piece box only set me back $7, and the woman behind the counter assured me that Bradley’s has the best chocolate in all of Knoxville.

I’m sure that’s a tight contest. Really, I am. I’ll review the box with an open mind, but note that this shop is much different from shops I have visited in most other cities.

What do you think about stores that have strongly religious décor? Does it affect how you view the shop?