Though I experienced variable quality from the bag of Dilettante truffle creams that I grabbed in the face of an impending redeye back from Seattle, I decided to finish out the last two varieties from the bag to complete this review series. Including a plain dark chocolate truffle cream. 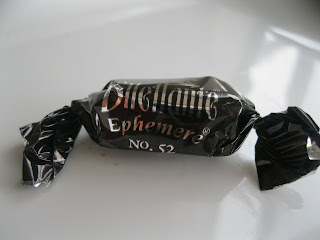 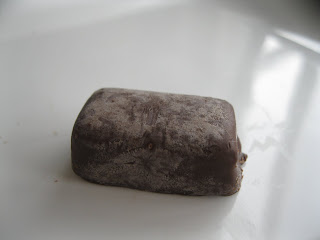 The shell and interior are nearly the same density, which results in a pleasing texture blend that highlights the creamy interior. 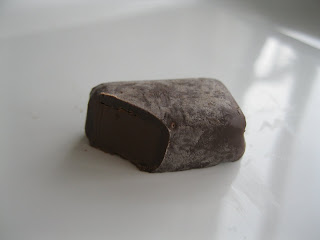 That creamy interior features a strong chocolate flavor, which has pronounced caramel notes. Even though this piece was simple, it was one of the better choices from the selection.

I was left with a toffee crunch truffle cream. 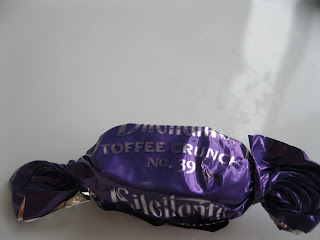 I eyed it suspiciously. Would it be balanced in flavor, like the mocha? Or a sugar bomb like the peanut butter? The very sweet aroma made me uneasy, but I peered inside despite this. Inside, there were tiny bits of super-sticky toffee that are probably still stuck to my teeth. 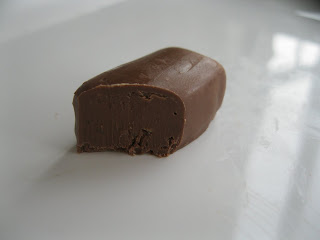 The chocolate has a nice, soft melt, but the sticky bits of toffee ruin every moment in it. Taste? I suppose there’s some vanilla from the toffee. I was too distracted by the gross little sticky bits throughout the chocolate to notice.

I should have just passed on this one. And should I ever purchase Dilettante again, I'll go for the mocha and plain dark truffle creams while passing on just about everything else.