I was quite the extrovert this weekend. Not only did I race that 10k with Liz and Chase, but I also met up with some other bloggers for a dinner to celebrate victories in various races we’d all completed recently.

Emily, Emily, Katie, and Lauren, the host, took part in a Half Ironman over the weekend. Beth just finished the Eugene Marathon. Um, my 10k is kind of pathetic, no?

It is. But do you know what isn’t at all pathetic? Kickass brownies. 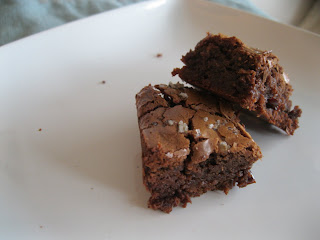 As we all know, all brownies kick ass. How to make them really kick ass? By adding more chocolate chunks, dried cherries, and sea salt. 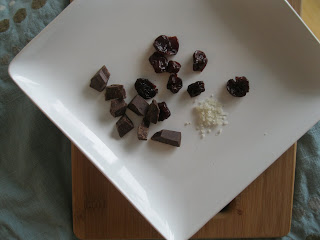 And by basing the whole thing on my favorite brownie recipe: Nick Malgieri’s Supernatural Brownies

Begin by combining dried cherries, one tablespoon of coarse sea salt, and two ounces of the chopped chocolate. Toss with two tablespoons of the flour to ensure that these additions adhere to the batter throughout the baking process. 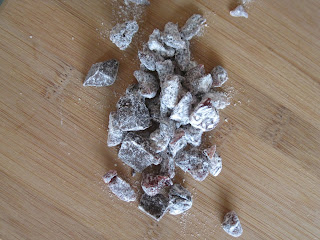 Pre-heat the oven to 350° F, line an 8"x8" pan with parchment paper, and liberally apply butter to parchment paper. Meanwhile, melt the butter and remaining chocolate over low heat, then cool while

whisking the eggs until light and fluffy. Slowly whisk in the sugars, followed by the vanilla and half a tablespoon of salt. Whisk in the chocolate mixture, then carefully fold in flour, stopping just before it is all incorporated. 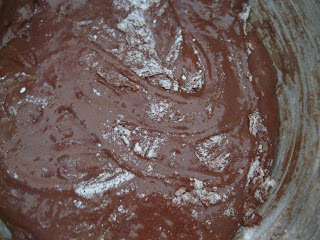 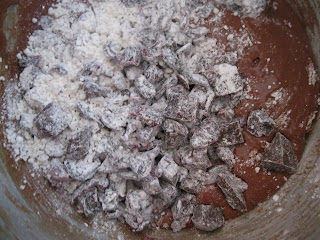 Pour in pan, sprinkle with remaining half tablespoon of sea salt and bake 30-40 minutes. 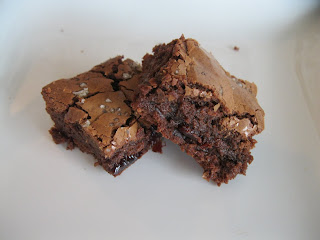 I think these brownies, and other similar treats, are the reason I get invited to these gatherings. I’m OK with that. It gets me out of the house. And gives me an excuse to bake brownies.

Have you ever made brownies with fruit added?