Having been a bit more encouraged by the flavor balance in the coffee-inspired Dilettante truffle creams than by my first two pieces, I moved along to two fruit-based pieces a bit more hopeful. I began with the raspberry. 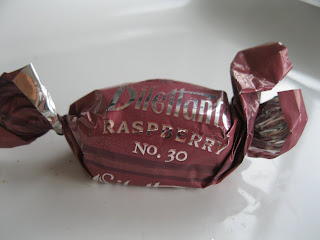 This piece has a definite raspberry aroma, as well as a soft shell that blends seamlessly into the filling. 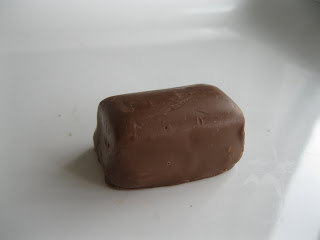 This superb texture matching seems to be a strength of Dilettante’s, and does make it much easier to evaluate the flavors of each piece. 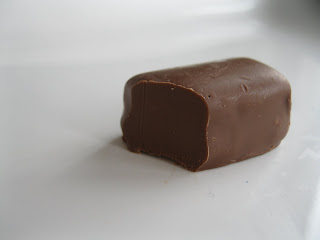 The raspberry taste is dominant, and the piece is quite sweet, which makes it nearly impossible to tease out any chocolate flavor; this effect is so pronounced that I wondered if perhaps it would make little difference if white chocolate were used. The texture is smooth and creamy, as it would be with a white chocolate base, and I also think that white chocolate would allow the color of the raspberry to come through, which could add a nice visual contrast. Another non-offensive but non-notable chocolate piece.

The other fruit flavor available in the package procured at SeaTac in a 10 pm act of desperation was cherry. 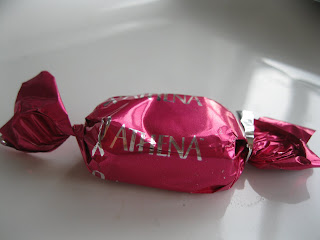 The aroma is faintly fruity, and the exterior offers a mild fruity flavor as well. 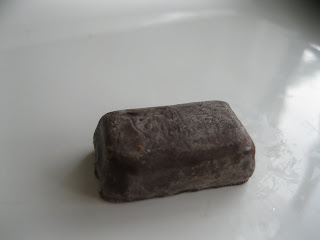 That fruity flavor in the exterior may or may not be due to blending with the interior, which is quite firm. 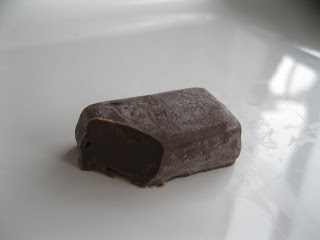 The fruity flavor that I noted the most was, surprisingly, more strawberry than cherry in nature. The fruity flavor remains quite subtle in the interior, which allows the chocolate flavors to emerge with vanilla and earthy notes. This chocolate is less sweet than the others from the package, and is fairly intense. This makes it one of my favorite – it’s real chocolate, not flavored cocoa butter.

Not that flavored cocoa butter is necessarily a bad thing.

Have you ever had a chocolate that was supposed to be one flavor but seemed to be another?