Last week, Heather issued a challenge: Make macarons, or another culinary creation you have been apprehensive about conquering, and write a post about the process. This challenge, dubbed “Macaron Monday,” was just too tempting, and I settled on staying true to the challenge title and researched recipes for macarons. Chocolate, of course. I periodically read Helene’s site, so I knew that she was the go-to resource for all things related to making macarons. After poring over her extensive macaron recipe collection, and after translating ingredient masses into volumes, I settled on the following ingredient list for the shells.

The neatest thing about making the shells is that I get to use my stand mixer AND my food processor. Two of my favorite things in life. 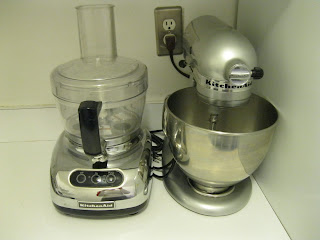 Other things that I adore include chocolate, sugar, and ground nuts. 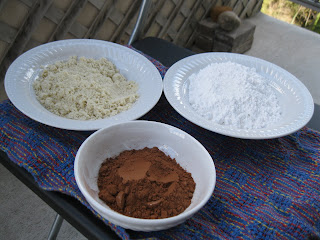 I took the powdered sugar, cocoa powder, and almond flour and ran them through the food processor until finely ground, taking care to ensure that I didn’t accidentally make sweet chocolate almond butter by running the food processor too long. 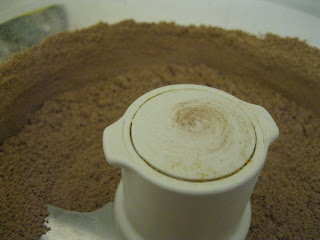 Having prepared that mixture, I moved on to making the meringue. Per Helene’s suggestion, I’d separated my egg whites three days earlier, and let them sit at room temperature for about a day before working on the shells. I began by whipping the egg whites until, as Helene says, they were foamy like bubble bath. 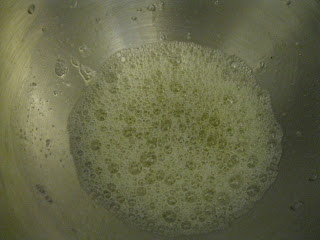 I then continued whipping them and slowly added the sugar until I had a glossy meringue, which, as Helene notes, should look like shaving cream. 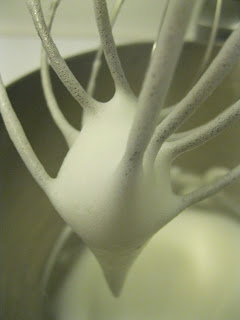 Now it was time to add the almond-sugar-cocoa mixture and give a couple of quick folds. 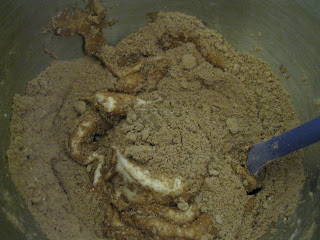 And then carefully fold until well mixed, taking care to not over-mix. 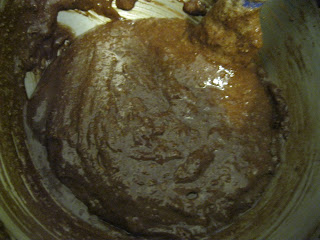 Since the batter for the shells needs to be piped out into circles 1.5” in diameter with the edges approximately 1” apart, my engineer self got to measuring. 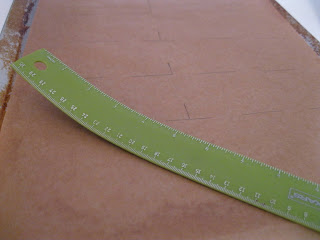 I got out my wide plain decorating tip, and filled up a pastry bag with batter. 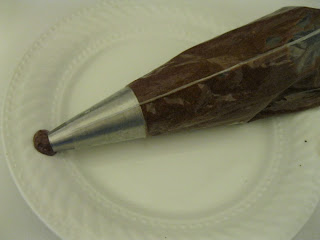 Then it was time to oh-so-carefully pipe out the 1.5” diameter rounds. 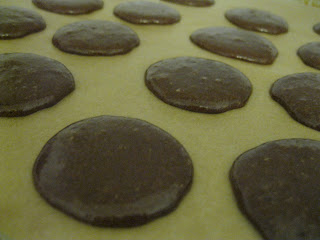 In an attempt to get that “foot” that Nick Malgieri calls the mark of perfection on a meringue-based creation, I let the piped rounds sit out at room temperature for about 45 minutes. This was supposed to help form a “skin” on the surface of each piped round, which would rise up as a unit during baking and result in that ever-desirable “foot.” I put the sheet in the oven, which I’d heated to 280° F, and let the piped rounds bake for 20 minutes. 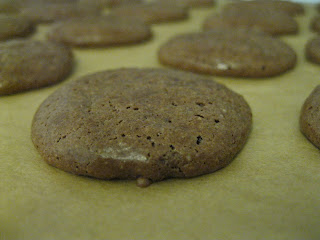 While the shells rose fairly nicely during baking, that signature “foot” didn’t appear. No worries. They were surely still fit for filling. After the shells cooled for a few minute, I removed them from the parchment paper and set them on a cooling rack, and made some ganache for the filling in the meantime.

This part is easy: Heat the cream to a simmer over medium heat. Remove from heat, drop chocolate in pan and allow to sit for five minutes. Stir to a uniform consistency. 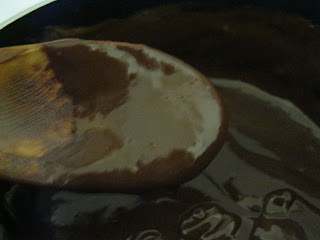 As the ganache cooled down a bit, I matched up shells of similar sizes to ensure that the sandwiches were as aesthetically pleasing as possible. 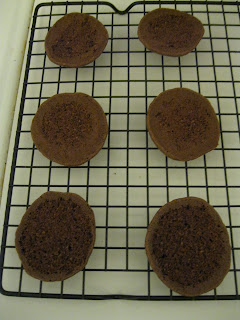 Once that was done, I pulled out a narrow decorating tip and attached it to a pastry bag, which I then filled with still-warm ganache. 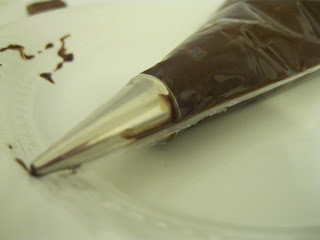 The purpose of piping the ganache was to ensure that I had the ganache just hit the edges of the shells without any leakage occurring. 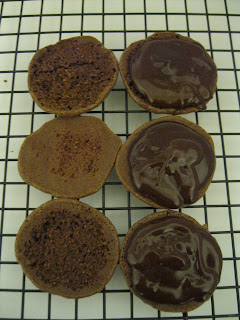 After allowing the piped ganache to cool a bit further, I made paired the shells and had some pretty respectable macarons for a first go-around. 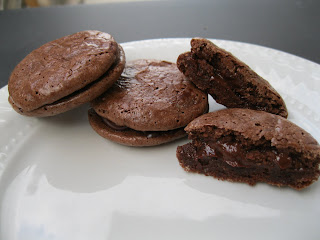 The shells have a slight crunch on the outside and a soft almond-flavored interior, which is a good compliment to the intensely-flavored bittersweet ganache inside. The shells are slightly moist, and therefore stand up well to the ganache and do not crumble when you bite into them.

This is definitely something I will try again. Thanks for the challenge, Heather. We should make this a regular thing.