At times, we all do things we aren’t proud of. I’m sure that, for example, Ronald Reagan would prefer to forget that whole Iran-Contra thing. And in retrospect, Martha Stewart would probably be a little more precise about her answers to questions about stock trading. It happens to all of us.

And this weekend, I did something I’m not very proud of.

I made a cherpumple.

The motivation for this? It all started on Jenna’s blog. You should read about it there, where you, yes you, can also bid on this very cherpumple and make it your own.

Also, since a cherpumple involves no chocolate, I will make this a post about chocolate by giving you a link Jenna’s recipe for Sweet and Salty Thumbprint Cookies. This recipe include bittersweet chocolate AND unsweetened cocoa powder. It's a win all around.

So now that we’ve officially made this a post about chocolate, how, yes how, does one make a cherpumple? The inventor, Charles Phoenix cheats and uses store bought pies and cake mixes. Not me.

I made pie crust from scratch. 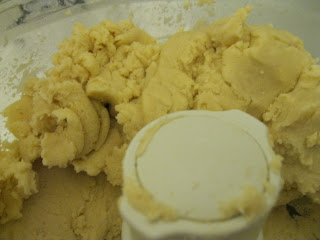 Then made pies from scratch. 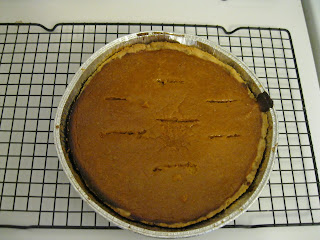 I wrapped them tightly and froze them, because this makes it appreciably easier to move the pie into the pan for baking. 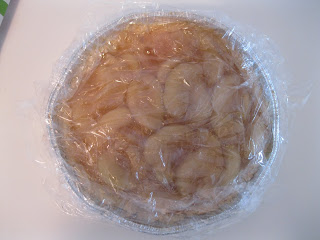 You may notice that I baked the pies in disposable cake pans. Why cake pans? Because the edges are vertical, which I figured would be better for structural integrity of the final stack. I also used cake pans because I found 8” disposable cake pans, which means that when I used my 10” springform pan to bake the pie-cake layers, I would have 1” of pure cake all around the edges. Also good for structure.

After the pie baking was complete, I started making cakes. Again, from scratch.

As in, I did the whole butter-sugar creaming thing. 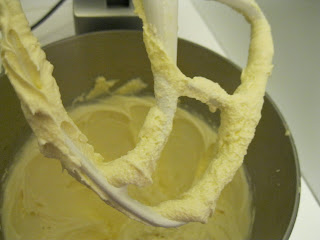 And added in dry ingredients that I mixed myself. 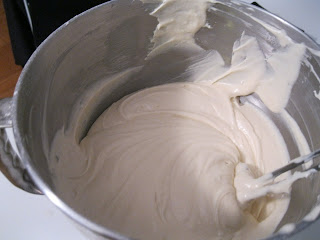 I baked a stand-alone layer of about 2 cups of batter in a 10” springform pan lined with parchment paper at 350° F for 20 minutes; the purpose of doing this was to ensure that I had a solid mass of cake in each layer. 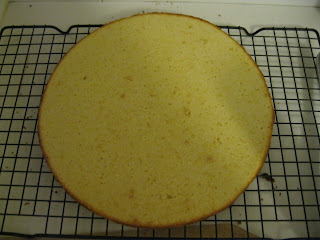 It is worth noting that if you make a cherpumple, especially if you do so by making pies and cakes from scratch, and spend a good amount of time talking about the process and modifications you are making to optimize structural integrity, your friends and family will worry about you. One of them might come over to check on you and eat some leftover chili. 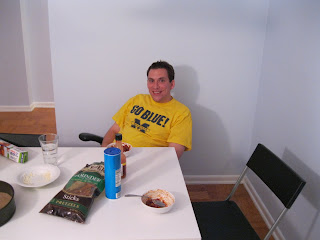 While said friend is visiting, it’s completely socially acceptable to work on baking one of the pie-cake layers. I checked. And then I spread a little batter at the bottom of a 10” springform pan lined with parchment paper. 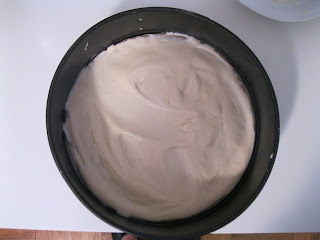 Then, as my slightly horrified friend watched, I dropped a pie on top of the batter. 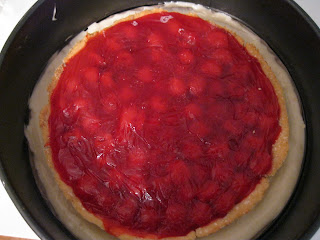 I poured the remaining batter around the pie edges and on top of the pie. 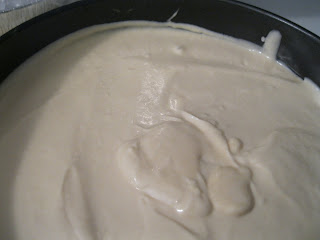 Then it baked at 350° F for NINETY MINUTES. That’s how much of a monstrosity each layer is. 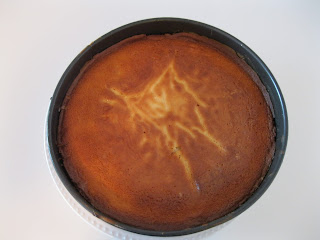 I chilled this layer to ensure that it would be easier to work with, placed it on top of the previously-baked layer, and tightly wrapped them in plastic wrap before freezing them. 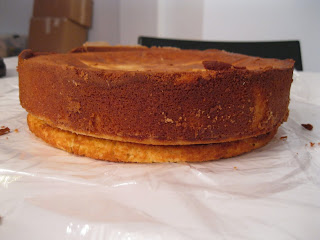 Oh, and I did this three times. Three pies from scratch. Three homemade batches of cake batter. Three sessions of baking a pie into a cake.

My friend is still worried about me.

And I haven’t even posted about the frosting and assembly process. That post shows up on Thursday. Stay tuned, and in the meantime, go to Jenna’s blog to bid on this beauty.