In case you missed part 1 of the Great Cherpumple Development of 2010, you should read it before you read this post. Then you’ll understand why I made a 10.5” diameter monstrosity of cake, pie and frosting that stands 7.5” tall.

Well, you probably still won’t. But aren’t you the nosy one, reading about it anyway?

So we left off with all the pie-cake layers complete. This is the point where most cherpumple makers just used pre-made cream cheese frosting.

But not me. I mean, I made the pies and cakes from scratch! And really, how hard is it to gather up a little softened butter and cream cheese? 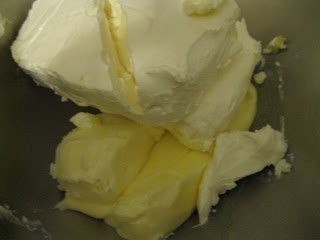 And once you’ve done that, it’s super easy to whip it together. 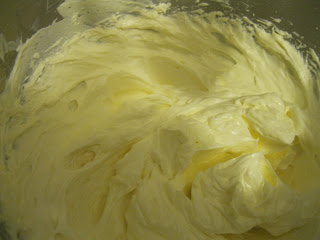 After doing that, adding some powdered sugar, vanilla, and salt is easy. 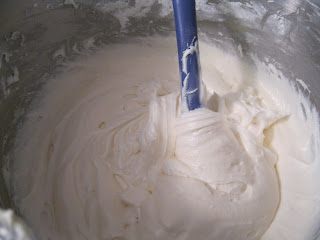 So I made my own frosting for this thing. Not a big deal.

Then I had to start assembling this thing. This is where things can go wrong in the structural stability department. To avoid this, I’d frozen the layers individually for two days, but I was still unsure. But there’s nothing to do but plow ahead like a crazy woman, so I got out a prepared cake board. 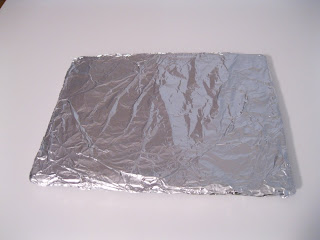 Then I spread some cream cheese frosting on the bottom. 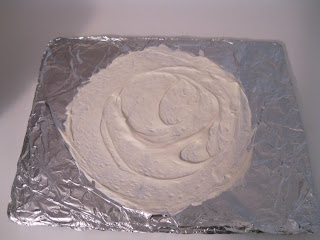 This was to anchor the first layer: the spice cake with a pumpkin pie baked in. 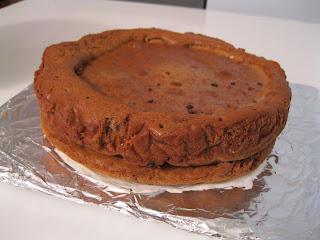 I put cream cheese frosting on top of that layer. 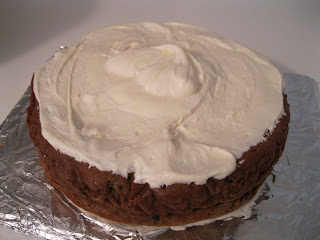 Because I needed something to hold the yellow cake with an apple pie baked in. 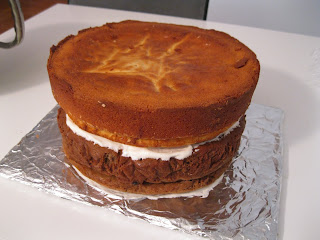 And that, layer, of course, needed cream cheese frosting on top of it. 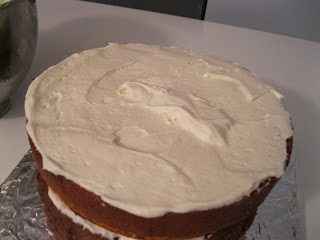 And to finish it off, a white cake with a cherry pie baked into it. 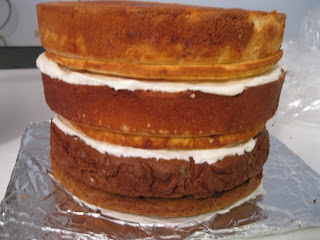 I then wrapped THE WHOLE THING and froze it for a full day, thus allowing the frosting to better anchor the layers together. The next day, I pulled it out along with more cream cheese frosting, and frosted up the sides and top. 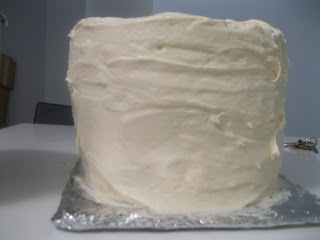 And there, ladies and gents, is a cherpumple. Made from scratch. Don’t forget to go to Jenna’s blog to bid on it and make it your very own.

Now before we call that a wrap, several people have asked questions about this process, and I want to answer them.

So there you have it. A chermpumple, from scratch, from start to finish. Now go bid on it.