It finally cooled off in DC this week, and feels like fall. So what does everybody suddenly feel like eating? 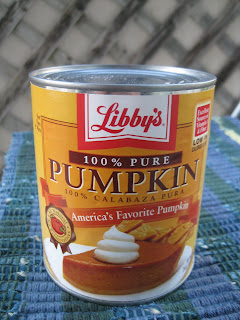 Pumpkin. In everything. Obviously, I needed to figure out how to combine pumpkin and chocolate. Brownies seemed like a simple solution, so I pored over my Nick Malgieri recipes, and found that he had a recipe for Chocolate Spice Bars. While there was no pumpkin in them, I substituted pumpkin for some of the butter and sugar. A few key ingredients remained. 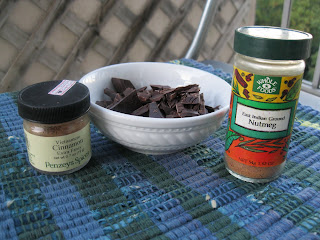 The final ingredient list loosely resembled that from the inspiration recipe, but I had faith that this would work.

Pre-heat your oven to 375° F and an 8”x8” pan lined with parchment paper and buttered. Start out by mixing together the flour, spices, and salt. Set aside.

In a separate bowl, mix together butter, pumpkin and sugar. 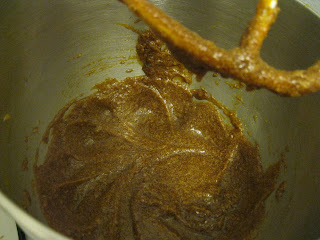 You could eat this straight. Butter, pumpkin, and brown sugar makes a good dessert on its own. But when you add in the melted chocolate followed by the eggs, it starts to look even more decadent. 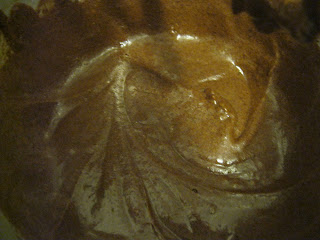 Finally, it’s time to fold in dry ingredients before pouring the batter in the prepared pan and baking for 25 minutes. 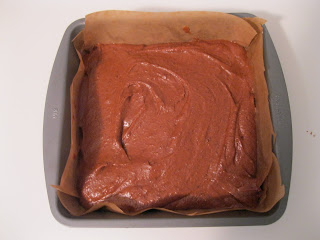 Having modified the recipe so extensively, I was nervous about how these would come out. The texture was halfway between cakey and fudgy, and the flavor had a great balance of pumpkin, spice, and chocolate. 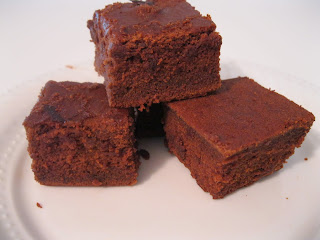 The key, I believe, was using great chocolate and high-quality cinnamon. As a bonus, since the pumpkin replaced a good deal of the butter and some of the sugar, these are lower in fat and refined sugar than normal brownies, but aren’t dry or gummy like some light desserts.

Hey, you know those infomercials where they say, “But wait! There’s more!”

I had a lot of pumpkin left from that can and had to do something with it. Since one can only push so many baked goods on their friends and coworkers, I settled on trying to make a savory sauce. I examined a few recipes from my collection of Cooking Light cookbooks and decided to take a stab at creamy goat cheese pumpkin soup/sauce (it's either a thin sauce or a thick soup. I won't tell you how to live your life).

Salt and pepper (to taste)

Melt butter over medium high heat; saute onion and garlic until onion is clear. Mix with pumpkin puree, run through a food processor until smooth, and set aside.

Place flour in saucepan over medium-high heat and slowly (very slowly) whisk in milk. Heat until thickened (about 7-8 minutes). Remove from heat and stir in goat cheese until smooth. Combine with pumpkin mixture, add salt and pepper to taste, and enjoy on anything. 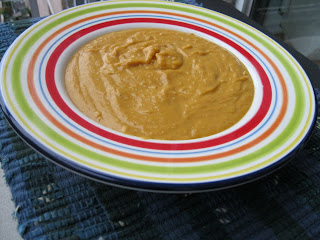 This sauce would work well with pasta, but my personal favorite pairing is sautéed zucchini! It's also great on its own as a souper thick soup (woka woka woka).
Posted by Victoria at 6:12 AM