I spent the weekend here: 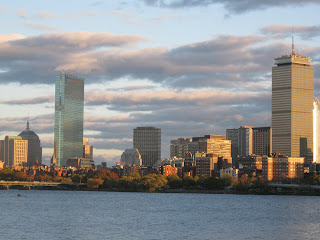 Boston! More accurately, I spent most of my time in Cambridge, where I went to school. 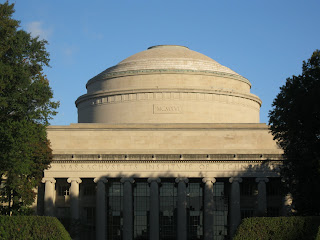 There are some groups that I wish were around while I was in school. 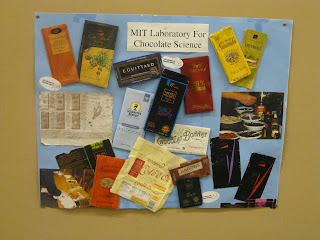 In addition to numerous events on campus, including the alumni event I was in town for, there were a lot of people on the river in boats this weekend. 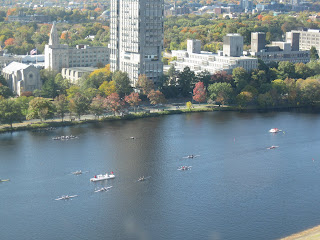 The Head of the Charles is a big event. An event almost as monumental as a chocolate crawl throughout Boston. The first stop was the Taza Chocolate factory store in Somerville. 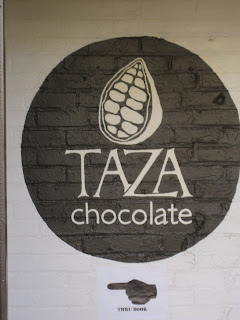 Taza is a bean to bar chocolate maker that specializes in stone-ground chocolate, which is a typical chocolate preparation in Central and South America. They had several dark chocolate bars and chocolate discs, which came in varieties ranging from coffee to salt and pepper, which the staff kindly allowed me to sample. I picked up several of the discs and the bars. 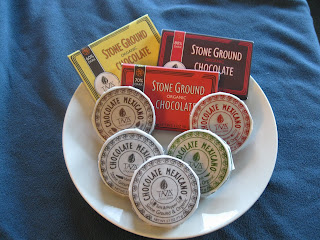 After meeting up with a friend, I went to a shop I am more familiar with, one that I have written about before: Teuscher. Since my friend cannot eat anything with gluten, I called that morning to inquire about gluten-free options, and the staff member who answered the phone gave me extensive details about what chocolates to purchase. A very nice touch. We also got outstanding service from the gentleman who was there that evening, who knew details about the sources for all the ingredients. His descriptions made the chocolates sound even more appealing, and my friend and I left with several bars and a box of mixed truffles. 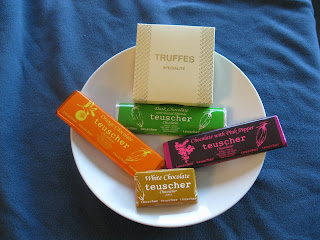 My friend and I then moved along to a true chocolate destination: Hotel Chocolat, a London-based chocolatier that only has two stores in the United States. 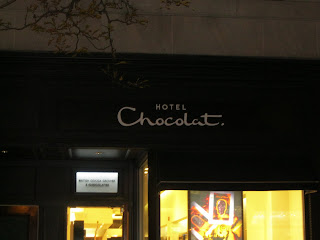 We were immediately greeted by a staff member with a tray of samples. I thought this would be the highlight of this shop; it turns out that the highlight was the extensive variety of options available. Pralines, truffles, mousse creams, single origin bars…it was hard to decide what to get without overloading my luggage for the trip home. I settled on a bar, some truffles, some pralines, and some gingerbread “puddles” (their words). 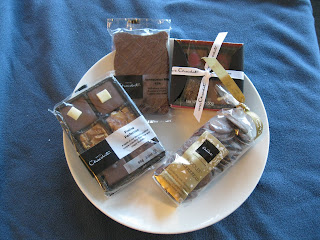 While at these shops, I picked up a few treats for others. First, some super-dark chocolate for a blogger who is expecting an addition to the family soon. 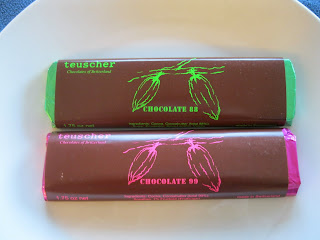 Next, some milk chocolate for a DC-based friend who, like me, rarely has access to chocolate from these shops. 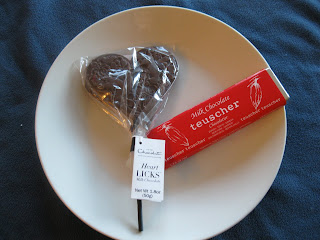 Finally, a get-well gift for a friend who has been quite ill and will appreciate the chocolate. 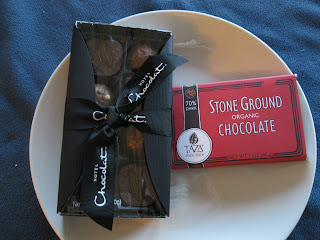 In addition to the chocolate shops, I checked out a bakery that wasn’t around when I lived in Cambridge: Flour Bakery and Café. 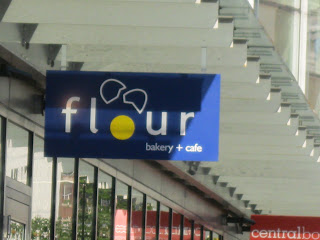 Flour, run by a Harvard graduate with a degree in Economics and Mathematics, has some baked goods that specify the brand of chocolate used. I had to make a stop. 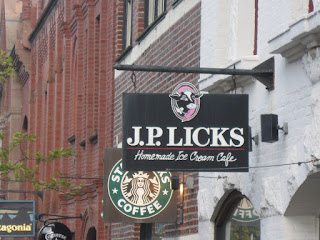 That was a lot of chocolate for one weekend. One very good weekend. Reviews of specific locations are forthcoming.

Email ThisBlogThis!Share to TwitterShare to FacebookShare to Pinterest
Labels: Boston