Mini-Cupcake Mosaic: Most Excellent Dessert for a Rehearsal Dinner

So what was up with the non-chocolate mini cupcake recipes early this week? Well, the obvious solution to chocolifying them was to whip up some dark chocolate buttercream frosting. 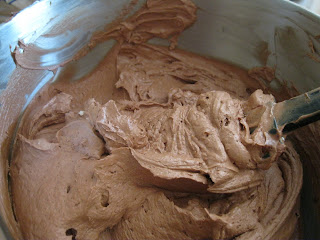 But that’s not really spectacular. Do you know what is spectacular? A mini cupcake mosaic. 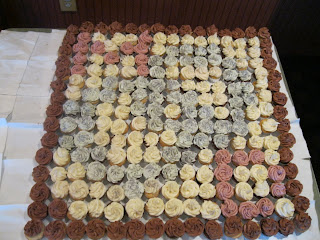 Yes. 225 mini cupcakes, in lemon, vanilla, and chocolate flavors, topped with mint, vanilla, chocolate, and raspberry frosting, then arranged to make a design. You see, my brother gets married tonight, so last night, we had the rehearsal dinner. And for some reason, it seemed like a great plan to make a mini cupcake mosaic honoring my brother and sister-in-law to be for the dessert.

My mom was responsible for putting together the design. She's an artist. I just bake.

I was responsible for baking the mini cupcakes back in DC and transporting over 260 cupcakes to the rehearsal dinner in Cincinnati. 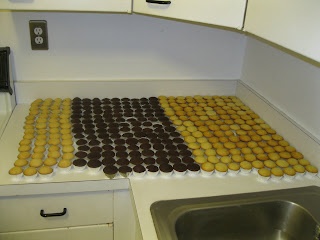 We both worked on making the frosting, which is what made the design happen. She made the raspberry on her own. 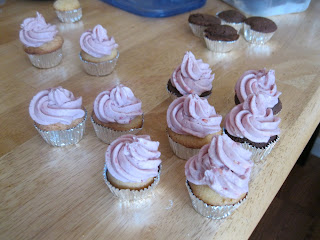 She also did the mint on her own, and added a nice silver tint to distinguish it. 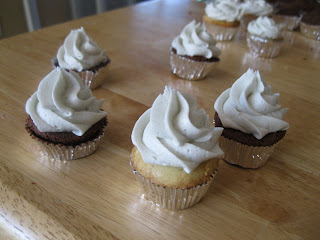 I, of course, whipped up the chocolate. 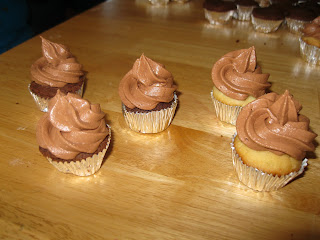 And the vanilla was a collaborative effort. And my awesome Aunt Maggie pitched in when it was time to frost them. 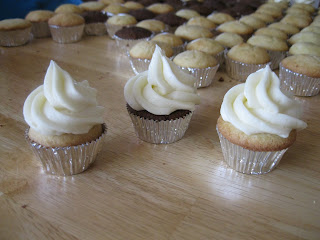 After my aunt and I frosted all 225 cupcakes, we had another collaborative effort: carefully packing these into boxes to transport to the rehearsal dinner. 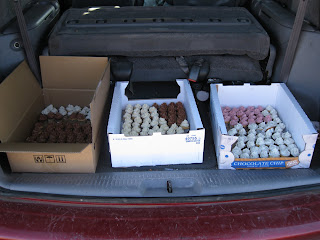 My mom, aunt, grandmother and I arranged them as one big happy group. Not one fight broke out. Not one. 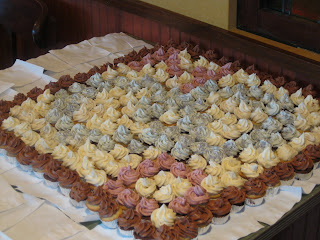 I’m proud of us. And of my brother. Best wishes for a long and happy marriage, Douglas and Michelle.