One fairly foolproof recipe that Nick Malgieri showed us how to put together at his demonstration was a chocolate chunk pound cake. 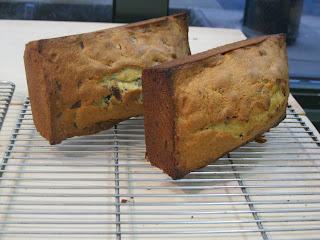 Even though pound cakes are usually pretty simple to throw together, Nick had some words of wisdom about the process:

-You can cheat by cutting the butter into very small chunks and microwaving for mere seconds at a time, and no longer.

-Reserve about a tablespoon of flour, and toss it with the chocolate chunks before incorporating them. This will ensure that they are evenly distributed in the final cake and won’t all fall to the bottom during baking. 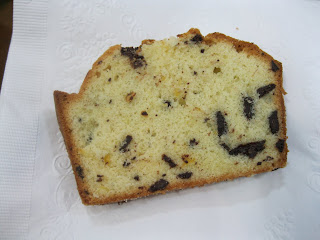 Final product: A bit spongy, this cake would be great with some (chocolate) gelato or whipped cream. The lemon zest adds a nice punch, but the chocolate chunks were a little sparse for my personal taste.
Posted by Victoria at 7:08 AM