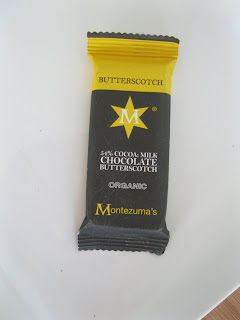 When I unwrapped the bar I searched for an aroma and found a weak caramel note and little else. 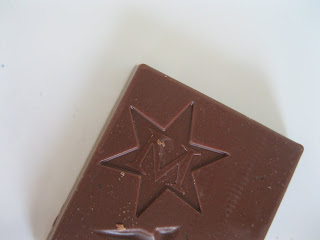 Those bits seemed to be based on crystallized sugar, which means that they dissolved quite nicely alongside the relatively quick, milky melt of the chocolate to result in a balanced flavor throughout. 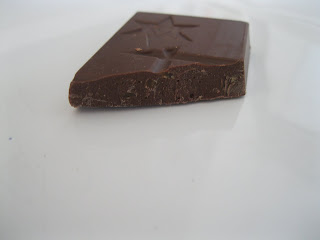 Now if only Montezuma were readily available in the U.S., I’d eat this by the pound.

Have you had butterscotch with chocolate before?