With it being July 4, American bloggers are probably going to be posting all sorts of patriotic things for Independence Day today. Red, white and blue recipes, plans for get-togethers with family, and deeply philosophical thoughts about our country.

I like to be different. So I’m posting a review of a British chocolate made with tea. I figure it is perfect, because some 200 or so years ago we had a formal, civilized tea party to tell the British that we thought we weren’t paying enough taxes.

What? That’s not what it was about? Next thing I know, you’re going to tell me that Paul Revere wasn’t running around on a horse warning the British that the Americans were ready to fight.

I’d rather talk about chocolate than history anyway. So let’s get going with this Artisan du Chocolat Darjeeling Dark Chocolate bar, which has a 72% cocoa Madagascan chocolate as a base. 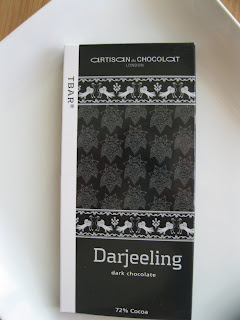 The bar has a deep fruity aroma, with distinct cherry and subtle apricots. 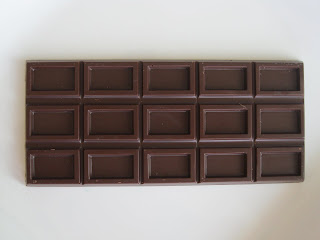 The flavor of the tea hits immediately, and then some subtle spice, reminiscent of cinnamon and other chai spices, emerges. The fruity flavor of the chocolate is not strong until near the end when some cherry emerges, but there is still a good flavor balance between the tea and chocolate. This balances is supported by a smooth, slow melt that allows the chocolate flavor to build and the tea flavor to linger.

It’s a good bar. Maybe we should have let the British stay in charge, perhaps we’d have more chocolate like this.

Have you had Darjeeling with chocolate before?