In addition to some beautiful new-to-me truffles covered in cocoa powder, I got even more adventurous when I picked out treats for my most recent Teuscher truffle box. There were two pieces – one milk chocolate-based and one dark chocolate-based – filled with amarena cherries, which are advertised as sweet and bitter. 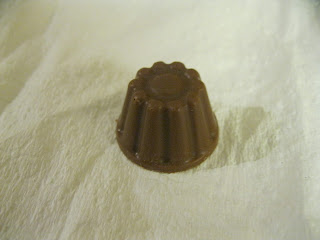 The milk chocolate version, pictured above, had a faint fruity aroma; the thick shell featured standard dairy and caramel flavors. Not too interesting yet. 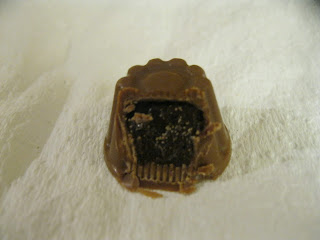 Oh, and then the interior came along. The cherry was very tart, and hadn’t been masked with any alcohol. The texture was firm and it was clear that real fruit was used in the construction of this piece. A well-balanced flavor made this a memorable piece that I’m likely to pick up again.

Would that balance carry over to the dark chocolate version of the amarena piece? 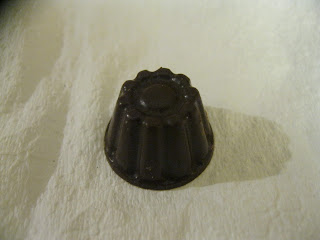 The chocolate itself featured a thick couverture with a slow melt, that allows the earthy and coffee flavors to linger. 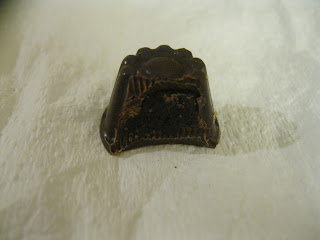 Again, the interior is quite tart, and against the dark chocolate, which was less sweet than the milk, the piece winds up being a bit short on sweetness. Another strike against this piece in a head-to-head battle against the milk is the crumbling couverture resulting from the harder dark chocolate. It’s an acceptable piece, but the milk is better.

Have you ever had amarena cherries?