I occasionally hear people say that a particular culinary creation is “so good that it should be illegal.” Sometimes, such statements are made in reference to chocolate.

Sometimes, the chocolate is, actually, possibly illegal in the U.S. Such as with chocolate bars that include tonka, like the Artisan du Chocolat Tonka Fusion bar, a 40% cocoa milk-chocolate based bar that is made in Great Britain. 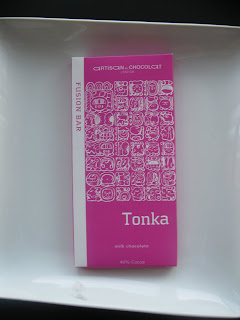 Just don’t ask me where I got it. I fear intensive federal investigation. But why? Tonka cannot be legally sold in food products in the U.S. because of liver toxicity concerns should it be consumed in large quantities. It’s unfortunate, because according to the package of this bar, the tonka bean can be used to achieve a flavor similar to that of vanilla, which I would imagine some professional and amateur bakers could use quite well.

The package also notes that bean itself is grown in South America, “particularly in Mexico.” 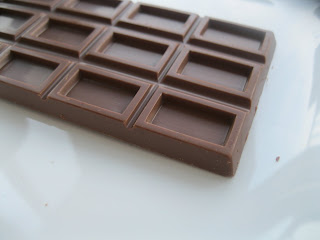 The chocolate is quite soft with a smooth melt, and the vanilla- and cinnamon-like flavors of the tonka bean are immediately evident, with a bit of a caramel flavor often found in milk chocolate in the background. I’d prefer that the bar involve a bit more chocolate flavor such that the tonka didn’t overwhelm the bar, but the tonka flavor is superb, so I can forgive the lack of balance enough to procure some more of these bars.

Just don’t tell the police. Keep it a secret among me, you, and anybody who happens to have internet access.

Have you ever had tonka before? Where did you get it?