Even though dairy products can do much to enhance the flavor of chocolate in baked goods, truffles, and the like, plenty of delicious chocolate creations are vegan – meaning that they are dairy free. Observe: the vegan pumpkin spice truffles I made. Many cooks and bakers bravely conquer the world of vegan baked goods, however, I prefer to stick with confections because they aren’t quite as sensitive to variations in fat content and such. 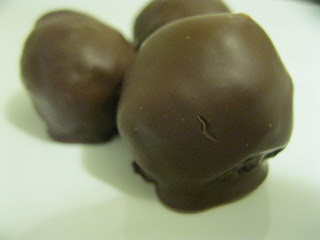 For today’s DC Blogger Cookie Swap, I wanted to take something vegan, since I knew that a few of the attendees would be vegan, and everybody deserves some delicious chocolate treats. Everybody. Since I’d already gone the pumpkin-puree-as-substitute-for-cream route for Halloween, I needed a different approach to the ganache this time. 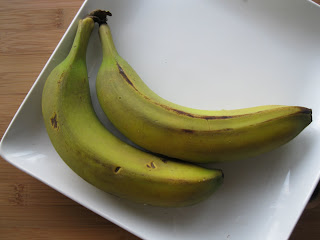 Bananas. Totally unripe bananas. You see, the idea here is to use the bananas as a substitute for cream to give the ganache the correct texture, but not to carry the banana flavor. Now, you might want to make banana-flavored truffles. That’s cool. I won’t judge. But that wasn’t the plan here – we wanted to make gingerbread spiced truffles since it’s December. Thus, these very white bananas went into my mini food processor. 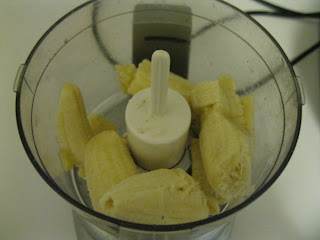 I pulsed the food processor for about 2 minutes, and had a nice creamy banana puree that would be a wonderful substitute for cream. 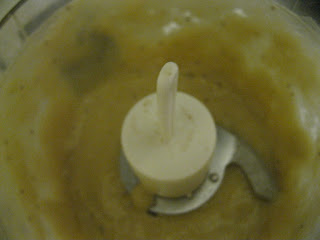 Having accomplished that, I got to work making truffles.

First thing, take care of our favorite ingredient: the chocolate. Chop it up well. 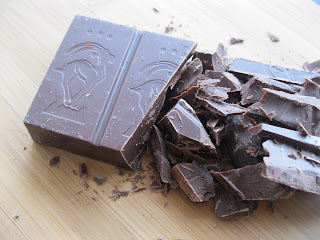 Heat six ounces of the chopped chocolate and the banana puree over low heat, stirring continuously, until the chocolate has melted. Remove from heat. This gives you a great ganache mixture, and can now be spiced up. 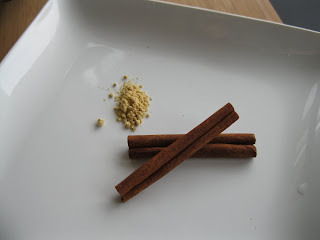 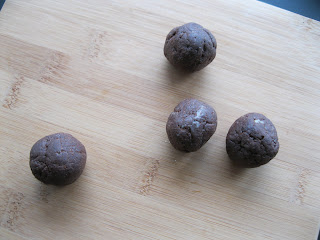 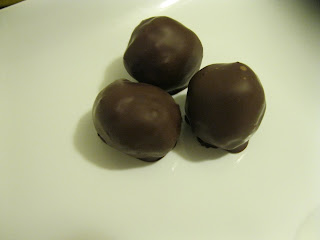 These little guys were smooth and spicy – a nice balance of gingerbread flavor and chocolate. And no hint of banana flavor.

Do you do any vegan cooking? What’s your favorite substitution trick?