Yesterday, the youth sports team I coach with another DC-area blogger had their holiday party. Of course, I was obligated to bring something. Something impressive, and obviously, something chocolate. Fortunately, a few weeks ago, I stumbled upon the concept of the zebra bundt cake on Jessica’s blog. 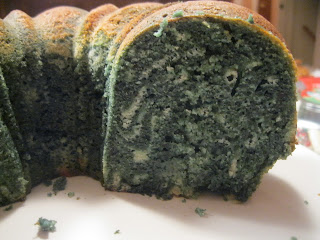 It involves mixing together an oil-based bundt cake batter, incorporating cocoa powder into one half of the batter, and layering it to create a zebra-like pattern. 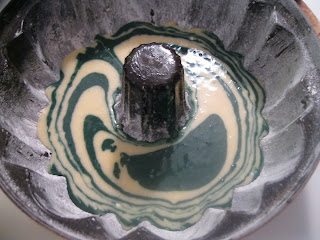 When I saw this, I began to wonder if there were creative ways to bring color into this. Since last night was also the fifth night of Hanukkah, my co-coach and I got together to make a zebra bundt cake with white vanilla batter and “blue velvet” batter to bring some blue and white to the gathering.

In the bowl of an electric mixer, beat together the eggs and sugar until light, then beat in the milk, oil, and vanilla until combined. In a separate bowl, whisk together the three cups of flour, baking powder, and salt. Add the dry ingredients to the wet ingredients and mix until fully incorporated. Remove four cups of the batter and set aside – this is the white/vanilla batter. 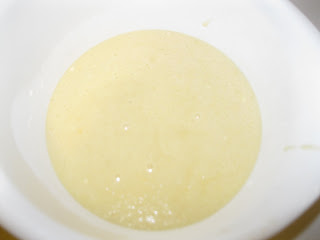 Take the remaining batter and add cocoa powder plus reserved two tablespoons of flour. Mix, then add blue food coloring until desired color is achieved. Now you have your blue velvet batter. 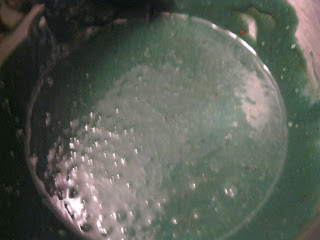 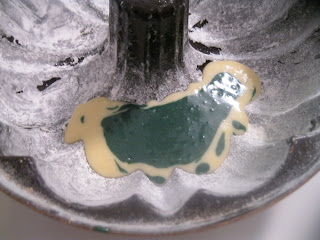 Repeat this until all the batter is used up. Step back, and admire the beautiful zebra pattern. 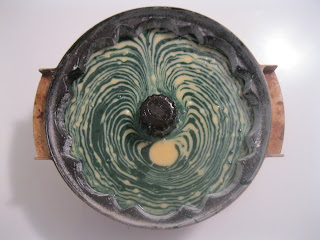 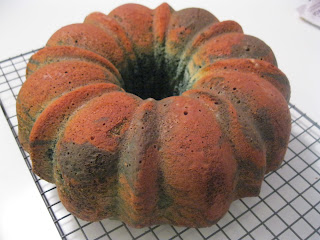 Awesome stuff, no? See what it looks like when you cut into it. 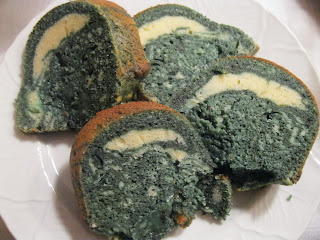 Did you just say “woah”? I hope so. Jessica did a better job coaxing out the zebra pattern, but I think our cake looked pretty neat, too. Even more importantly, a nice, subtle cocoa kick was evident in every bite. My kind of cake.

Now one thing this is missing is some kind of frosting. I could have done a nice chocolate ganache, but to keep with the color theme, I wanted a very white frosting. I recalled that I'd been meaning to try out a “cooked flour frosting.” You see, Jenna over at Modern Domestic had bravely given such a recipe from Baked Explorations a shot a little over a month ago, and it didn’t go quite as planned, so she whipped up a meringue buttercream in a snap. She was interested in reader feedback on how to get this to work, so I decided to give a flour-based vanilla buttercream a shot to see if I could divine any tips. I cut the recipe in half, and hoped I might be able to make this happen.

Whisk together the flour and sugar in a saucepan, then slowly whisk in the milk and cream and cook over medium heat until mixture comes to a boil and thickens (about 10 minutes for this half batch). 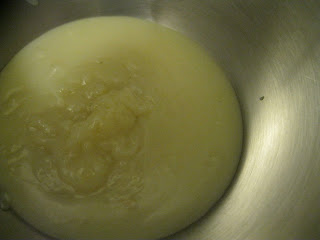 Doesn’t that look delicious? Don’t worry, it will turn into frosting, I promise. Transfer the mixture to a stand mixer and beat on high speed with the paddle attachment until cool (almost cold) – this will take about 6-8 minutes for this half batch, and at the beginning, steam will rise from the mixing bowl. This looks really cool, and this process alone is worth taking a try at making this frosting.

Now it’s time for the tricky part – adding the butter.

It’s key in this recipe to use butter that is the right temperature. To achieve “soft but cool” butter, I took fully softened butter, stirred it up, and refrigerated it, stirring it every couple of minutes to maintain the softness while cooling it. 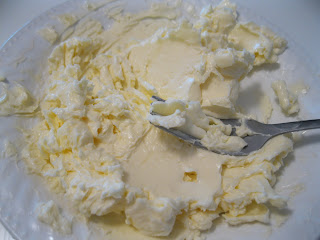 Once I had a cool four-sugar-milk mixture, I added forkfuls of “soft but cool” butter while beating on low speed. Once the butter was incorporated, I beat the mixture on medium speed for two minutes, and once it was light and fluffy, I added the vanilla. 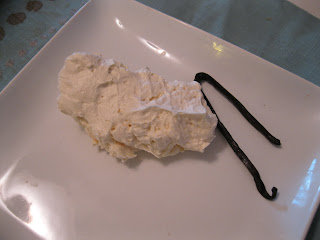 The result? A light, creamy buttercream that is stable at room temperature (!). I credit the treatment of the butter, since it’s all about the butter, all the time. This is a versatile frosting, and it went perfectly with the zebra bundt cake. As well as brownies and cookies that others brought to our party. This is some serious frosting.