As part of my baking adventures last weekend, when I whipped up zebra bundt cake, coconut-lime milk chocolate thumbprints, mini chocolate pecan tarts, and a slew of other baked goods, I got to engage in another exciting activity known as "cramming baked goods into the freezer." Sometimes, such as when making the cherpumple, I wind up cooking several packs of frozen vegetables. This time, however, it occured to me that in the back of the freezer were several dozen leftover mini cupcakes that I'd determined I could serve with quickly-created frosting in a pinch. 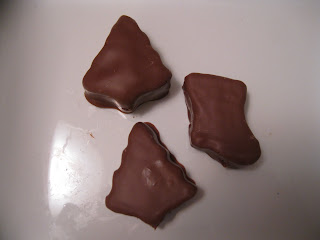 I had to do it, you see, to make space in the freezer for other baked goods. I'd seen cake balls, cake pops, etc. made before based on Bakerella's base recipe, and had already made chocolate covered buttercream before. I ascertained that this couldn't be that difficult, and got to work. Sadly, I don't really have exact measurements, because I simply crumbed up "about 60" chocolate mini cupcakes and whipped up some classic vanilla buttercream frosting. 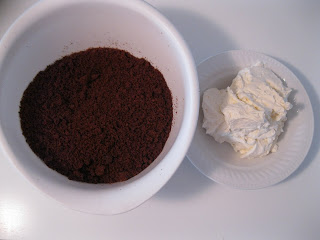 Then, a la Bakerella, I mixed them together. 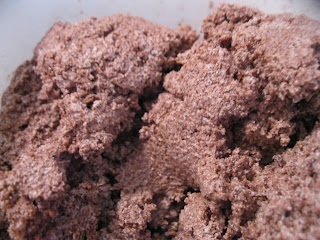 Now, instead of just making balls, I rolled it out into a slab 1/3” thick and froze it.

But why? Because little cookie cutters are so much fun! 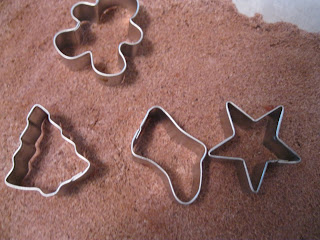 I used those little cookie cutters to make cute little Christmas-themed shapes out of my cake ball mixture. 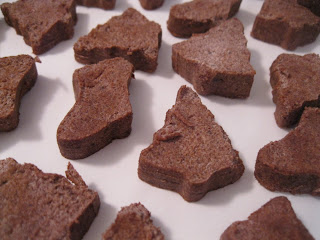 Now for the really fun part – these need to be covered in chocolate. Melted milk chocolate, of course. 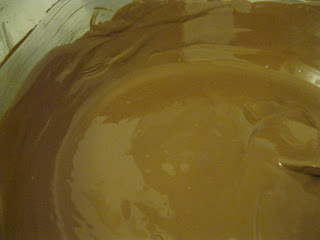 Even frozen, these little shaped truffle bits were going to be hard to dip gracefully. Until I stuck toothpicks in them. 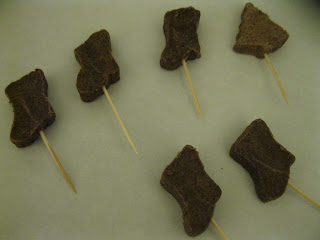 Then it was easy to dip them in chocolate and set them aside while the chocolate shell hardened around the gooey frosting-cake interior. 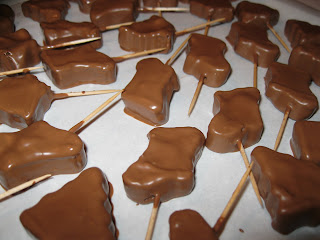 After the chocolate solidified, I removed the toothpicks from the truffles, and admired these Christmas-themed cake truffles. 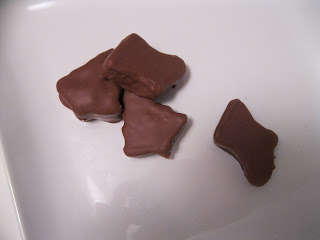 Ain’t they just so seasonal and cute? I had to ship these out to my parents and my brother and his wife, because otherwise I’d have to eat all these cute little things right up.

My mom reports that she has had to hide these from herself. Victory.

Have you ever made cake balls? Ever tried fancier versions, like cake pops?